Once again, our neighbors on the Gulf Coast are in need of a helping hand.

Late Wednesday afternoon, Hurricane Zeta came ashore along the southeast coast of Louisana, the 5th storm to hit the state this year and the third in just two months. The category 2 storm made landfall near Cocodrie, Louisiana, before moving directly over New Orleans with winds reaching 100 miles per hour. As ABC News senior meteorologist Rob Marciano reported, "It's the strongest storm we've had this late in the season make landfall in over 100 years." The fast-moving storm didn't dwell over New Orleans as other storms have done, but the wind damage is significant. Zeta also hit the Mississippi and Alabama coastlines before weakening to a tropical storm and moving inland bringing straight line winds, heavy rains, and some flash flooding to Alabama, Georgia, Tennessee, and North Carolina. ABC News reported as of 9AM Thursday, three people have been killed due to this storm. Our thoughts are with those families, and with the entire gulf coast, once again. This has been an unbelievably cruel hurricane season to our neighbors along the gulf. But thankfully so many continue to roll up their sleeves, show up, and help. Here are some organizations doing just that and how you can help their efforts.

Virginia based Mercy Chefs has been busy working in the region all season long and they were already in New Orleans yesterday, ready to react and once again serve the people in need in Louisiana, Mississippi, and Alabama. To date, Mercy Chefs have shown up in disaster's wake to serve more than six million meals since the organization was founded by Chef Gary and Ann LeBlanc. You can donate here.

In response to natural disasters the American Red Cross serves many needs. They organize blood drives for the injured, shelter for the displaced, and nourishment for the hungry, just to name a few. Teams were prepping and in place ahead of Zeta's arrival but due to Covid-19, they have less volunteers as they normally would, and donations are down. Find out how you can help here.

The Salvation Army is often the among the first to arrive in the wake of the storm and this will be no different. Wednesday afternoon, in a statement on their website, Major Christopher Thornhill, Area Commander for the New Orleans Salvation Army said, "The Salvation Army is prepared and stands ready to serve our New Orleans community and surrounding areas as needed in the wake of Hurricane Zeta." The statement also said they had 19 mobile feeding units ready to be deployed throughout the region. Help these first responders by donating here.

Team Rubicon is an amazing group of veterans who've found a second life of service in natural disaster response. This team has been in the area helping clean up and repair from other storms, and earlier this week declared they would extend their stay. On Instagram they said:

"The Gulf Coast has been hit especially hard this hurricane season (with another potential storm on the way), and there's still plenty more work to be done. That's why we have made the decision to extend our operations throughout the region. To continue to serve these communities and bring impact to our neighbors who need it most. We are #BuiltToServe and we are in this for the long haul." You can help these brave men and women here.

Once again, we are keeping the people that have faced the wrath of yet another storm and the brave first responders headed to the area in our prayers. 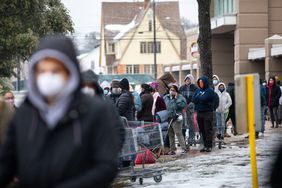 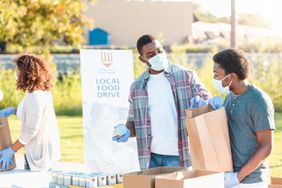 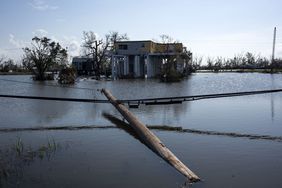 South Louisiana Still Needs Us: Learn About the Bayou Fund and How You Can Help 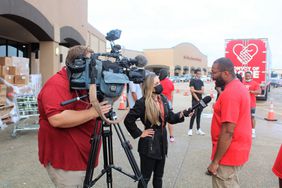