It was just going about its daily business.

Humans weren't the only ones enjoying the South Carolina surf over Labor Day weekend.

A blacktip shark was spotted swimming very close to shore on Hilton Head Island on Sunday as visitors packed the nearby beach.

Emily Wentz first spotted the shark around 1:30 p.m. near Adler Beach. Jill Baricikowski Horner, who also shared a video of what appears to be the same big fish swimming through the shallow waves on Facebook, told WJCL that her sighting occurred at Forest Beach around 3:15 p.m that same day.

According to the South Carolina Department of Natural Resources, blacktip sharks are amongst 12 shark species found in the state's waters. Normally wary of humans, they reach an average of 150 pounds, and are known to actively feed on schooling fish.

There have been 35 shark attack bites in the United States in 2022—0 of them fatal. It's important to remember that the ocean is their home, not ours.

In fact, recent shark sightings like Horner's bring to mind our favorite trick for detecting nearby sharks.

During a family vacation to Edisto Beach back in June 2018, Josh Rinder of Aiken shared a video demonstrating his footproof shark detection method. In the viral video, Rinder stands at the ocean with a big spoon. It's the flavor of the water that's the key, he explains.

First, he says, you scoop up some of the water from the ocean. Then put it in your mouth, swish it around and spit it out, the same way you would at a wine tasting.

"If it tastes like salt, that means there's sharks in the water," he concludes.

There you have it, folks! 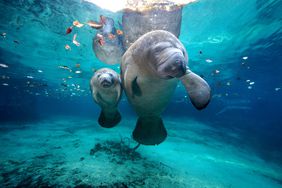 What It Is Like To Swim With Manatees In Florida 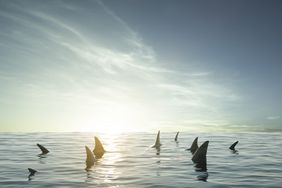 Experts Agree: This South Carolina Man's Way of Telling If There's a Shark in the Water Is 100% Accurate