Check out what Feed the Second Line is doing and how to get involved.

As we head towards the peak of hurricane season, a nonprofit aims to help restaurants be a light in the dark.

After Hurricane Ida struck Louisiana in the summer of 2021, power went out across the greater New Orleans area. Restaurant owners and staff were forced to throw out all of the food in their refrigerators and freezers. This massive food waste sparked an idea.

New Orleans-based nonprofit group, "Feed the Second Line," launched the project Get Lit, Stay Lit, with the goal to outfit restaurants with solar power panels and batteries to store the electricity they generate. The idea is that because solar power doesn't rely on the main power grid, if a hurricane sweeps through and knocks the city offline, restaurants can use their solar power reserves to keep the lights on, stay open, and help feed those in need. Not only will restaurants be able to save their food stores, but they can keep their doors open to feed people. They will be able to serve as community centers during and after the storms, giving folks a stay warm and dry, charge their phones, and fill their stomachs.

The idea came to Devin De Wulf, the founder of Feed the Second Line, after seeing restaurants and people struggle in the wake of Hurricane Ida. "We're trying to build up local resilience and empower restaurants to take care of their neighborhood," De Wulf told Fox News.

The group started their project by installing solar panels at Mid-City Caribbean restaurant Queen Trini Lisa, but they hope to install panels on 300 local restaurants. That way, every neighborhood in New Orleans would have a place to gather after a storm.

Want to help? Get more information on the innovative program here. Here's hoping that Get Lit, Stay Fit can achieve their goals and change the way communities are able to react in the first days after a storm hits. 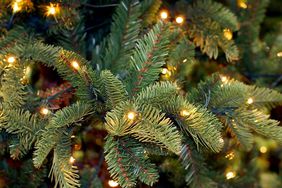