Your Dog Could Take or Leave Your Face. Sorry.

A new study found that dog brains react the same way to the front of our heads as they do to the back.

Wow. 2020 just won't quit. We took the murder hornets and super poison ivy in stride, but this latest news might be what finally pushes us over the edge.

According to new research, dogs don't particularly care for our faces.

The depressing study, published this week in the Journal of Neuroscience, found that dogs aren't wired to focus on human faces, despite how excited they get when they see us. What really gets their brains going, however, is the glimpse of another dog. As far as brain activity goes, us humans just don't do it for them.

Through MRI scans of humans and dogs, Hungarian scientists learned that while humans have a specialized brain region that's activated by faces, dogs do not. Both dogs and humans, however, do have a brain region that sparks when a member of the same species comes into view.

But, not so much for dogs. Their brain activity didn't change whether a face or the back of a head was viewed. (Sob.)

Dogs do pay attention to human faces, Andics said. "They read emotions from faces and they can recognize people from the face alone, but other bodily signals seem to be similarly informative to them."

Basically, dogs take note of our faces, and even the expressions on them, but their brains lump that in with other information like body language and voice commands. For humans on the other hand, it's all about what we see on a face.

Dr. Katherine Houpt, a professor emeritus at the Cornell University College of Veterinary Medicine, told NBC News that she wasn't surprised by the new findings. "We always look at people's faces, but dogs look at all of us," she explained. "Dogs have other ways of [evaluating] people."

Houpt also offered some much-needed words of reassurance: "Your dog loves all of you, not just your pretty face." 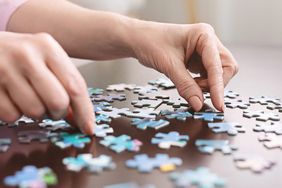 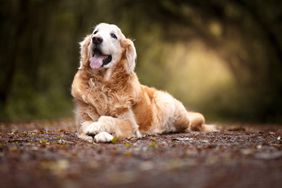