Nobody puts Baby's lake in a drought.

This month, we've all been spending plenty of time curled up on the couch re-watching our favorite summer movies. Among the bunch? 1987 classic, Dirty Dancing. Whether you've got "spaghetti arms" or not, we love the romance, the stellar dance moves, and the allure of a summer vacation in the Catskills.

Of course, as many superfans know, the movie wasn't actually filmed in New York's majestic Catskill Mountains, but at The Mountain Lake Lodge in Pembroke, Virginia, and in Lake Lure, North Carolina. Now, some unexpected developments are happening at the Pembroke property and we're pretty darn amazed: The previously dried-up lake at the property is inexplicably filling up with water, 12 years after it dried up, per CNN Travel.

"In 2008, Mountain Lake, made famous by the 1987 film Dirty Dancing, dried up and remained that way for over a decade," writes Alicia Lee in the article. "But this summer, it's starting to fill back up, astonishing both locals and visitors."

"It's about a third full right now and it seems to be holding," Mountain Lake Lodge's General Manager Heidi Stone told the outlet. "It's very exciting. The guests get very excited because for so many years it's been dry and looked more like a meadow. It's the prettiest when it's filled with water."

Apparently, these happenings at Mountain Lake are a singular situation. "The mountain lake basin is absolutely unique, not only in Appalachia but in the entire world," says Roanoke College professor Dr. Jon Cawley said in a video created by Mountain Lake Lodge. "This lake basin is the only one on the entire planet that goes through this sort of cyclicity and has this sort of plumbing system." Watch the full video on "The Mystery of the Lake" below.

Pretty amazing, huh? We're looking forward to seeing how the situation evolves. Nobody puts Baby's lake in a drought. 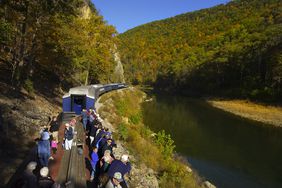 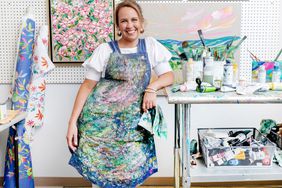