If you haven't been watching Cheer, what are you waiting for?

For the past 20 years, Navarro College has had the best cheerleading squad nobody ever heard of.

Until now, that is.

Thanks to the new hit Netflix series Cheer, the world-renowned cheerleading program is finally getting the recognition it deserves. Somehow, Netflix found its way to the small, two-year college in tiny Corsicana, Texas, and boy are we glad they did.

The first six-episode season of the reality series premiered to rave reviews last week, garnering a 93% approval rating on Rotten Tomatoes, and an article in The Washington Post called it the "documentary that hard-working cheerleaders have long deserved."

You can say that again.

WATCH: What You Probably Didn't Know About Netflix's Hit 'Dumplin'

Cheer, directed by Greg Whiteley of Last Chance U, follows the Navarro College Cheer Team's 2019 quest to win its 14th national championship. And we have to say that the highs, the lows, and heart-stopping tumbles make for riveting television you don't have to be a cheerleader to appreciate.

All we're wondering is whether or not it's too early to start cheering for a Season 2. 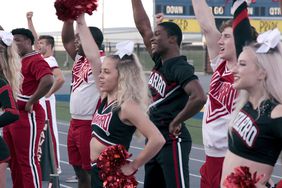 In Need of Some Mat Talk? Try This Playlist From the Navarro Cheer Team 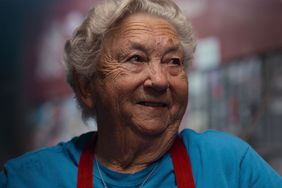