The fish were really biting that day.

When Southern anglers talk about the fish biting out at the lake, they are usually talking about trout, bluegill, perch, or catfish, not piranha. After all the razor-toothed, carnivorous fish live in the warm water of South America, not, say, Aberdeen Lake in North Carolina's Moore County, right? Well, not this time.

The North Carolina Wildlife Resources Commission took to social media to share a picture of a piranha that was recently caught in Aberdeen Lake, west of Fayetteville.

Apparently two folks were fishing out the lake, and got a bite. However, as that old fishing quote goes, "The fishing was good; it was the catching that was bad." When they reeled in the fish, they didn't find a crappie or carp, but a feisty fish with a mouth full of sharp teeth on the end of the line. They shared their find with fellow fish enthusiast, Chad Ray, who took the fish home, posting an image and story on Facebook, where it caught the attention of the public and the NC Wildlife Commission.

While pulling a carnivorous fish out of a local lake sounds like the start of a horror flick, the wildlife experts say this particular piranha is not cause for alarm. They believe the hungry fish was likely kept as a pet, outgrew its tank, and was tossed into the lake by its owners, which is illegal.

So fear not, lake lovers, it is safe to go back in the water. Probably. Biologist Troy Thompson who works for NC Wildlife did mention to The Pilot that he believes the irresponsible fish owner who chucked his pet piranha in the lake, may have left one or two more surprises out there in the water. Thompson said, "I bet however many piranhas that person owned are out there." 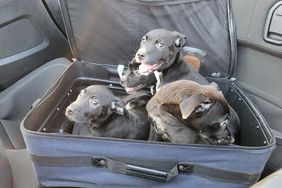 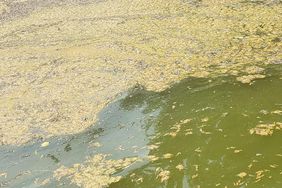 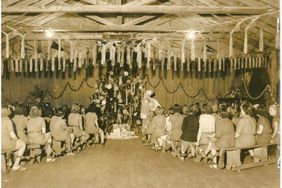