Yellowstone fans got a little surprise in a recent episode. While anyone who watches the show knows to brace for the unexpected, be it an explosion, sly stock move, or raid on the Dutton ranch, this time it was something far better—another new song from Lainey Wilson!

The rising country star turned Yellowstone actor snuck a brand new track into the background of Episode 4. The previously unheard song is called "New Friends" and was playing softly in the background of a bar scene featuring Jamie Dutton (Wes Bentley) and Sarah Atwood (Dawn Olivieri). In case you were too wrapped up in the on-screen drama to hear the music, Wilson made sure fans knew about the song by pointing it out on social media.


"Who tuned in for @yellowstone episode 4?? Surprise! I had another new song hiding in tonight’s episode when Jamie and Sarah were flirting at the bar," she wrote in the caption of a video shared on Instagram.

Of course anyone who picked up Wilson’s album Bell Bottom Country may already be familiar with the tune, but now it’s officially a single. You just might be hearing “New Friends” on the radio soon as it is now officially out in the world.

As Taste of Country points out, this isn’t the first time that Wilson has used the show to release new songs. On Episode 3, her character Abby performed the previously unreleased track called "Smell Like Smoke". If Wilson fans aren’t already watching Yellowstone, they are going to want to start! 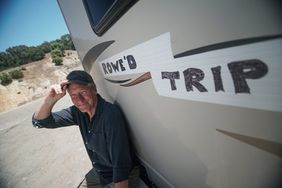 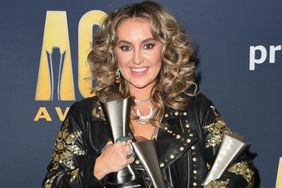