How To Grow Jalapeños In Your Garden Or Patio Containers

Peppers are an amazingly diverse group of vegetables, with varieties ranging from unbearably spicy, to sweet and mild. Jalapeño peppers are the most popular variety among gardeners looking for a bit of heat. They are a featured ingredient in a variety of cuisines from around the world. Jalapeños are also very easy to grow. Learn how to grow jalapeños in your garden or patio containers.

The spiciness of a jalapeño is produced by a compound called capsaicin, which is produced in the seeds and the cream-colored membrane found inside the fruits. If you want to maintain the heat when cooking, do not remove the seeds or membrane. Jalapeños are considered mildly hot, ranging from 2000 to 8000 on the Scoville scale. They are spicier than poblanos, but not as hot as serrano peppers.

People aren’t the only ones to like heat. Pepper plants thrive in warm climates and do not tolerate frost. As such, they are planted in late spring, after the threat of frost has passed. In cooler regions with short growing seasons, look for fast-maturing cultivars, often containing “early” in their name, to ensure a harvest.

How To Plant Jalapeños

Jalapeño peppers make an easy crop for new and experienced gardeners alike whether you are growing in a pot on your balcony or in the ground. When it comes to producing peppers, location matters. Find a sunny spot that receives at least six to eight hours of full sun each day. Also look for a sheltered location as peppers do not tolerate heavy wind.

Peppers perform best in a well-draining soil high in organic matter. They also tolerate sandy soils and those with moderate fertility. If you are growing in containers, select a large pot (12-14 inches) to allow the roots room to spread out and use a potting mix with plenty of organic matter such as composted pine bark, coir, or rice hulls to prevent compaction. Heavy garden soils can likewise be amended through addition of organic matter such as compost or composted manure.

Jalapeños are planted as seedlings called transplants in spring after the threat of frost has passed. Wait to plant until night temperatures are above 55˚F and daytime temperatures have reached the 70’s. Look for transplants with sturdy stems and six to nine leaves. Inspect plants for signs of damage or disease. Avoid transplants that already have flowers or fruit, as this can be a sign of stress. You can also grow your own transplants from seed indoors, starting them eight to ten weeks before the expected planting date. Space plants 18 to 24 inches apart in garden beds for optimal root development.

Even and consistent watering is key to maintaining a healthy pepper plant and producing high quality fruits. Plants require one to two inches of water per week. Irrigate plants in the morning to allow water to dry from foliage during the day as this reduces the chance of foliar diseases. Using drip irrigation is another great option. Water plants deeply when watering to prevent shallow root growth. A layer of mulch helps to preserve soil moisture but wait until soils have warmed to apply mulch.

Jalapeños benefit from regular fertilization. Select a fertilizer labeled for tomatoes or vegetable gardens and follow label directions for use. Avoid over fertilizing, as this can damage plants. Watering and irrigation encourage weed growth. Carefully weed around plants to reduce competition, taking care not to disturb roots.

Proper watering and fertilization can help combat some of the most common problems with growing peppers: blossom end rot and sunscald. Blossom end rot is a disorder caused by environmental factors, not a disease agent. Blossom end rot begins as a light green or yellow colored sunken area at the base of the fruit, which expands to a larger collapsed area that takes on a black color.

Blossom end rot is linked to calcium deficiency resulting from irregular water supply to the plant. Most soils contain sufficient calcium, so supplemental fertilization is not usually the solution. Rather, maintaining an even moisture supply to the plants will allow plants to take up calcium as needed and reduce the incidence of blossom end rot.

Sunscald is also a physiological disorder, not a disease. It occurs when pepper fruits are exposed to direct sunlight during hot weather. Symptoms appear only on the side of the fruit facing the sun and include white or yellow blistering of the fruit, which becomes papery, flattened, and grayish with continued exposure. Minimize sunscald by encouraging dense foliage through proper water and fertilization. Some cultivars are more susceptible to sunscald than others, so look for resistance when selecting varieties to grow in the garden.

Jalapeños are typically harvested in the immature, green stage. Like other peppers, jalapeños start out green and change colors as they ripen, in this case, turning bright red. Mature, red jalapeños are certainly edible and tend to become hotter the longer they remain on the plant.

How To Prune Pepper Plants
Was this page helpful?
Thanks for your feedback!
Tell us why!
Related Articles 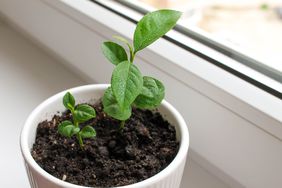 How To Grow Lemons From Seeds 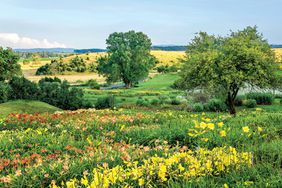 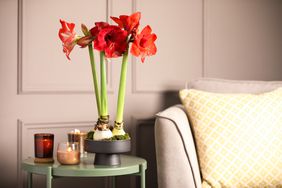