Southerners know how to honor loved ones with a proper send-off.

Southerners quickly switch into hosting gear at the first sign of a wedding or a baby shower, deploying casseroles, strategizing seating charts, and polishing silverware. Funerals are no exception. In the words of Mississippi authors Gayden Metcalfe and Charlotte Hays, "being dead is no excuse."

From the traditional potlucks in the Delta to jazz funerals in New Orleans, the South rarely lets anyone go quietly into that good night. Funerals are for mourning the deceased and celebrating those loved ones during and after the processions. These Southern funeral traditions continue today and are beautiful examples of how to honor your loved ones.

Food takes center stage when condolences are hard to express, and words don't seem to measure up to the loss. While the casserole remains the unspoken Southern response to the call of how can I help? or what can I bring?, funeral food differs between micro-regions from ham biscuits in Virginia to tomato aspic in the Delta. Tomato aspic is so essential at funerals in western Mississippi that Metcalfe and Hays joke in Being Dead is No Excuse that you can't obtain a death certificate if you bury any self-respecting Deltan without aspic and homemade mayonnaise.

Repast, a tradition common in African American communities, takes the potluck to the next level with an all-out, sit-down spread that allows mourners to gather and celebrate their loved ones. Family members and friends usually make food rather than having it catered.

One Southern Living editor's grandmother even made and froze a hot chicken salad casserole to be eaten at her funeral. "She did not want us having a gathering at her house where she didn't contribute anything," she says.

In some parts of the South, it's not uncommon to bury loved ones with a few of their favorite things. When another Southern Living editor's father died, he requested a watermelon and a six-pack of Budweiser to bury with him. My grandfather chose his send-off to include a bottle of Mountain Dew, his beverage of choice.

In the June 2014 issue of Southern Calls, a magazine completely devoted to Southern funeral directors (Yes. Seriously.), their cover story featured the funeral of Ardell Lanier, who owned a hardware business in Lexington, North Carolina. His wake at his store included five-gallon buckets of long stem roses placed at the door. At the cemetery, while most people might set a modest bouquet at the headstone of a loved one, Southerners will go as far as arranging a lit, live Christmas tree complete with a generator or, in William Faulkner's case, leaving behind full bottles of Jameson whiskey.

Less commonly practiced today, family members in rural areas, especially Appalachia, will hold wakes for the deceased in their own homes. Often funeral homes are not located conveniently, so loved ones stay up with the body for the whole night or even sometimes for days.

It's an opportunity to meet up with distant relatives. Although not an overwhelmingly joyous occasion, Southerners will take advantage of any opportunity to socialize and play host to family and friends.

When a musician or a prominent figure passes away in New Orleans, the community picks up their trumpets, trombones, and tubas and gets to dancing. Instead of an elegy, musicians play up-tempo brass band tunes like "As the Saints Go Marching In" while the procession follows the hearse and makes its way to the cemetery or funeral home. The Preservation Hall Jazz Band has held ceremonial second lines for beloved artists such as Prince and David Bowie.

A standard floral arrangement at a Southern funeral rarely cuts it. At famed football coach Paul "Bear" Bryant's funeral in 1983, a four-foot-tall script letter "A," for the University of Alabama, and an equally large version of his trademark hounds tooth fedora made out of 2,400 red and white carnations stood next to his coffin.

One of our editors attended a funeral with a blue toy phone attached to an oversized wreath bearing the message "Jesus called, and Paw Paw answered." Although most Southerners don't always go for such visual representations, many will gather flowers from their properties to construct a meaningful arrangement. Many wish their exit to coincide with the camellia blooms, but Southern greenery like magnolia leaves, abelia, or nandina also make for fitting floral choices in the winter. 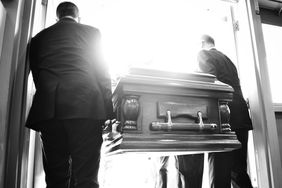 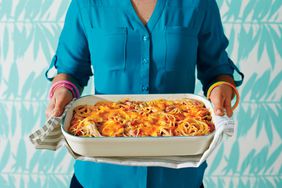 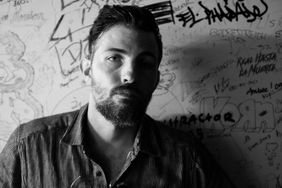 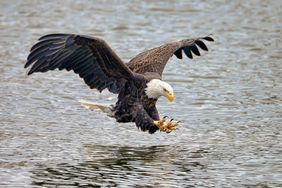