A cool way to beat the summer heat in a pre-AC world.

At the peak of summer in the South, there is no possession more valuable than an air conditioner. On those days when the thermometer hits 90 before 10 a.m., you probably think to yourself, "How in the world did peoples survive before air conditioning?!" Survive they did, as air conditioning was not common in homes until after World War II—which meant the house could actually be one of the most stifling places to be if it lacked adequate cross-ventilation.

And while you could escape to a body of water or a well-shaded park during the day, sleeping inside at night could be downright miserable. This is why many Victorian-era and early 20th-century homes have what's known as a sleeping porch.

The sleeping porch was an enclosed deck or balcony with screened windows, typically accessible via one of the second- or third-story bedrooms and located on a corner of the house to catch as much cross-breeze possible. Even better, they might stretch the whole length of the back of the house to have three sides exposed to cooler nighttime breezes. The whole family (but especially the children) would all take refuge on the sleeping porch, spending those balmy summer nights on cots or mattresses.

Folks of this era saw another added benefit to sleeping "outside:" bolstering their immune system. Tuberculosis was one of the leading causes of death at the time, and doctors recommended getting plenty of fresh air to stave off the respiratory disease.

In the decades since, most of these homes became modernized with central AC, and many homeowners have fully enclosed sleeping porches to turn them into year-round sunrooms or to enlarge an existing bedroom or bathroom. Even if we are blessed enough to live in the era of air conditioning, we still like the old-fashioned idea of cozying up on a screened-in porch with the sound of cicadas lulling us to sleep—even if it's just for an afternoon nap.

How to Create a Sleeping Porch

Here are a few tips from senior writer, Marisa Spyker, to design the perfect sleeping porch.

In their heyday, sleeping porches were often screened to keep bugs at bay. While that's still a valid consideration, it's not required for a secluded feel. Curtains and tall potted plants are easier alternatives that you can use as barriers to transform your existing side or back porch into a tucked-away sanctuary.

This is perhaps the most important aspect of a made-for-lounging space. While it's a good idea to invest in a marine-grade cushion, there's no need to go full-on weather resistant here because the area is largely sheltered from the elements. (Permission to cuddle with your softest throw granted.)

When the sun starts dipping low, sleeping porches are all about setting the mood. Task lighting, such as table lamps or wall sconces, will provide just enough brightness for solo activities like reading or journaling. The subtle glow of lanterns and votives, meanwhile, is ideal for winding down with friends over a glass (or two) of wine.

Given their intended doze-inducing purpose, the best sleeping porches aren't overcrowded with furniture and exploding with color. Opt for calm, soothing hues and smart, multifunction accessories such as garden stools and ottomans. 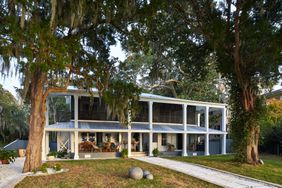 Ever Heard Of A Rain Porch? 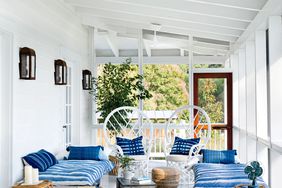 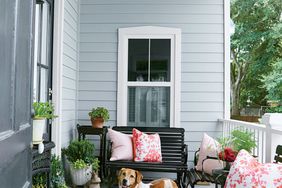 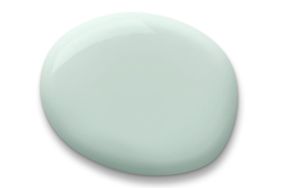 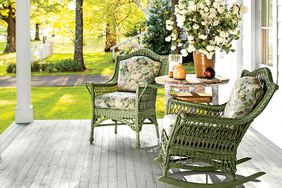 This Is The Best Size For A Porch 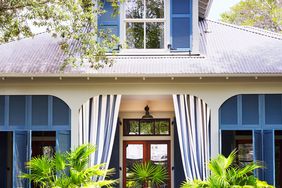 Front Porch Curtain Ideas We Love for Every Southern Home