It is not just Jack; it's Jack Wyatt. In the South, we take our double names quite seriously. When it comes to naming our boys, two names are meant to always be together, not just when he is causing a stir and someone has to holler at him. When he and Dad are out fishing, it will be Henry Knox sitting at that pond, not Henry. Grandma will always be calling her little peanut by his proper double name. It goes without saying that double names, just like family names, are very popular. If you have a baby boy on the way and are looking for a name that rolls off the tongue, here are a few of our favorite double names to consider.

Unlike double names for girls, boys' names typically begin with a shorter, one-syllable name. Beau may be one of the most beloved Southern names. Just because it means "beautiful" doesn't mean that it isn't masculine—especially when paired with a name like Alexander, which means "defender of man."

If your family already has a Robert Sr., Robert Jr., and more, switch it up with a double name that starts with "Bobby." Robert means "bright fame," and your boy is sure to have a bright future.

David means "beloved" and Emmett means "universal." Give your boy this name and he's sure to know he's universally adored.

This name is ideal for Christmas babies. The Biblical figure of David is connected with the holiday season, and Hollis, or Holly, is a classic holiday symbol.

Even though double names feel inherently formal, Jack is a laidback way to start one. A popular name from the Bible, David means "beloved."

The name Jack is an English name that evolved from John, and is said to refer to the grace of God. Wyatt, which means "courageous in battle," is a timeless Southern name.

We love this pairing of an old-school name and a modern name. Avery came from the name Alfred and means "ruler of elves," a unique choice for your magical child.

Dale used to refer to someone who lived in a broad, open valley. This name is just right for a boy born and raised in Southern flat lands.

Meaning "adored" and "God's mercy," this name is a classic pairing for your beloved boy. David is also the name of a biblical king and strong leader.

John, which traces its origins back to the Bible, is one of the most popular choices. Here, it's followed by Dawson, which means "son of David."

Everett is inspired by the name Everard, which was used in the Middle Ages to mean "brave boar." It's a perfect name for your fearless explorer.

Hayes means "one who lives by hedges." This duo is a fitting name for a Southern boy who loves the farm.

This combination of two old-fashioned names reminds us of the legendary John Henry of railroad-building lore. It's a strong and powerful name to give your son.

This double name combines two Biblical names, and it's only two syllables, which makes it easy to say. Mark is also a name of Latin origin that means "warrior."

In addition to being one of the most popular double names for boys, Michael means "gift from God." With a name like this, your child is certain to feel special.

Here's another very common male double name that's perfect for the coast. Morgan is said to mean "of the sea" or "sea circle."

Catholic parents-to-be recall this name from two past popes, but it's also an English version of Jean-Paul, a popular French name.

Preston means "from the priest's town." This old-fashioned name is classic, but also unique enough that your child will be the only one to come running when you call.

Born in Virginia, John Tyler was the 10th U.S. President. Tyler is also a traditional occupational name for a builder or tiler.

Another combination of two biblical names, this double name is as traditional as it gets. Matthew also means "gift of God."

Noah means "rest and comfort," and Presley can be traced back to many years before Elvis (although, that's reason enough to use it). Presley also means "of the priesthood."

Robert means "brilliant fame," which may explain the number of notable Southern Roberts. For example, architect Robert Mills is known for designing the Washington Monument.

This one is inspired by the King of Cowboys himself, Roy Rogers (whose birth name was actually Leonard). Roy Lee means "king of the clearing."

Davis is a name that will always be associated with the South, but its roots are actually much older. Derived from the Bible, it means "adored." Russell is also a perfect name for a redhead.

There are boys who share a name with a few notables, like Mark Twain's well-loved Missouri mischief-maker, Tom Sawyer. The literal meaning of this name is "wood cutter who lives at a river crossing."

Apparently, Owen comes from a word that means "young warrior" and "well-born," and those meanings seem like good omens for a strong, confident young man.

Even though Tyler is one of our favorite gender-neutral names, it's decidedly masculine when paired with a classic boy name like James.

Fun fact: Both former president Bush's middle names are Walker. Walker was originally an occupational surname for someone who cleans cloth, but it has since become a popular first name.

William is another popular choice, which means "strong-minded and protecting." Henry means "ruling," and that's quite appropriate because William Henry was the 9th president of the USA.

This longer name is one of our favorites. Jennings is derived from John, which means "God is merciful."

A lively name for a lively boy. Traditionally, the name Russell meant red-headed, however there are plenty of males with that name bearing hair of different hues. Combined with William, which means "strong-minded," you may have yourself a hot-headed fellow. Consider yourself warned.

William Westmoreland was a U.S. Army General who made a name for himself as commander of American troops in Vietnam. Whatever your inspiration, this double "W" name rolls right off the tongue. 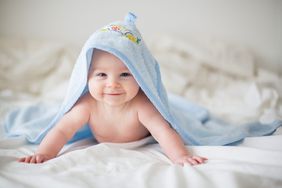 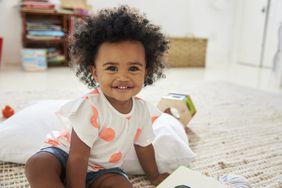 The Top Baby Names of the 2010s, According to the Social Security Administration 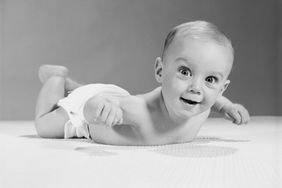