4 Things You Didn't Know About the Ginger Jar

A mini education in the much-loved home accessory.

They're as ubiquitous in classic Southern decorating as a porch full of wicker or a wallpapered powder room. Ginger jars (a.k.a. those blue-and-white ceramic urns your mom displays on the dining room sideboard) have long been a part of our decorating vernacular in the South, but we were hardly the first folks to recognize their aesthetic appeal. Whether you've never heard of ginger jars or you grew up admiring your aunt's collection, here are six quick little lessons about the history and origins of one of our favorite home accessories.

1. They've been around for a long, long time.

Yes, you can score them on Target's website for $33, but ginger jars have been around far longer than e-comm—as in a couple thousand years longer. The first ginger jars, says one collectors website, appeared during China's Qin Dynasty (221 BC-207 BC) and were used to store herbs or spices like, you guessed it, ginger.

2. They've inspired copycats since the 17th-century.

3. They're not all blue and white.

While the aforementioned interest in Chinese porcelain led to the plentiful production of blue-and-white ginger jars, there are rarer Chinese ginger jars crafted in red, orange, and yellow. It's likely that the rare yellow ginger jars were considered luxury goods, as the color was originally associated with the emperor of China.

4. They can bring in a pretty penny.

Yes, you can (thankfully) score mass-produced blue-and-white ginger jars at plenty of websites and stores on the cheap, but the real-deal ginger jars can rake in a hefty pile of dough. A 17th-century Chinese ginger jar sold at auction in 2007 for $27,000. If you want to peep the good porcelain without such a monumental monetary investment, plan a visit to an art museum with a Chinese ceramics collection.

So next time you snag a ginger jar off the shelf at HomeGoods, know that you're taking home the pretty product of years and years of history—and that you're scoring the look of antique luxury goods for a whole lot less.

WATCH: 5 Old-Fashioned Decorating Trends That Are More Popular Than Ever

What goes around comes around; what was old is new again. So it goes with decorating. The trends and styles we swore we'd never grow tired of eventually became eyesores, and we're suddenly ready to trade all the shiny-and-new for the tried-and-true. Here, we've rounded up five old-fashioned decorating trends that are back and better than ever. 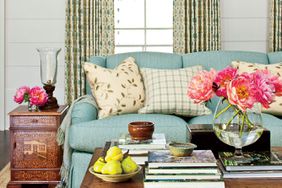 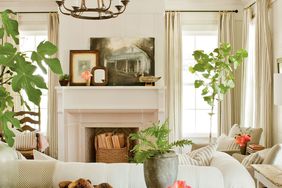