The Best Neutral Paint Colors of All Time

Neutrals are anything but boring. These timeless colors blend with any furnishing and work in any space. The definition of a neutral hue has expanded. Shades of green, gray, and even black are considered a part of the family. Really any color can be a neutral based on how it's used in a room. Here are seven of our favorite shades—from a classic white and a creamy beige to a pale pink and soft green.

Get Inspired With Our Favorite Neutrals

This clean white from Farrow & Ball has gray undertones that prevent it from feel stark. In designer Jenny Keenan's parent's house, it sets a warm but airy backdrop for a collection of antiques furnishings.

If you ask someone their favorite white paint color, chances are they'll name Benjamin Moore's White Dove. In this living room by designer Shaun Smith, it's used on the walls, ceiling, and shelving. The built-ins fade into the background, and the room looks larger.

Outfit your walls in a neutral that's probably your go-to for clothing too. Pratt & Lambert's Black sets a moody, dramatic tone in decorator Fran Keenan's cottage. Accessories like artwork and draperies pop off the dark backdrop. Use it in a room with lots of natural light so the space doesn't appear too dark.

Paint living room walls in a soothing, not-too-delicate pink, and pair it with a bright white trim. Here, homeowner Brittney Forrister lacquered the built-in bookshelves in Calamine (No. 230) by Farrow & Ball which adds depth. Choose a room that gets enough of sunlight so the pink stays fresh and airy.

Darker colors can be neutrals too. The interiors of this Bald Head Island, North Carolina, beach home are painted a deep olive gray by Benjamin Moore, echoing the woodsy landscape surrounding it.

"One of my favorite beiges, Palo Santo is a warm beige with a hint of yellow," says Backdrop co-founder Natalie Ebel. "Beiges tend to get labeled as boring, but I think they can be really beautiful when done right. We've seen this color used on walls, doors, and even as floor paint." 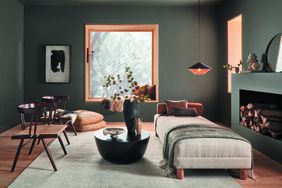 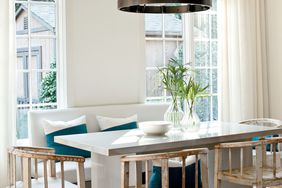 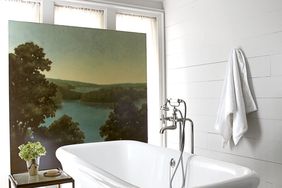 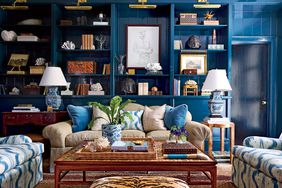 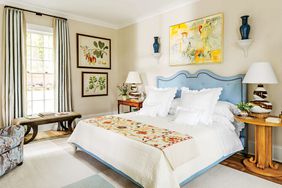 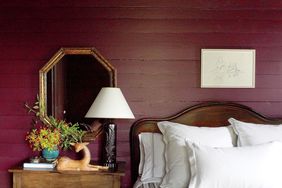 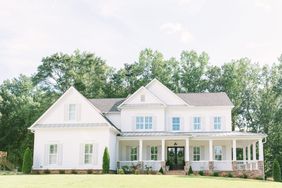 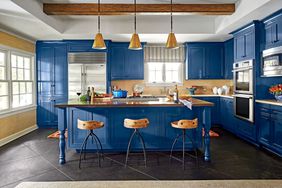