Our memories of epic family gatherings can serve as inspiration for future events that will bring us together in love and laughter.

Betsy Cribb
Betsy is the features editor at Southern Living. She writes about a veritable potpourri of topics for print and digital, from profiling Southern movers-and-shakers and celebrating family traditions to highlighting newsy restaurant openings and curating the annual holiday gift guide. Prior to joining the Southern Living team in 2017 as the style editor, she worked at Coastal Living as an assistant editor covering pets and homes.
Southern Living's editorial guidelines
In This Article
View All
In This Article

As a young man, Tom Perini spent holidays with a ragtag group around his family's table. After his father passed away in 1965, his mother, Maxine, invited their neighbors (the Wagstaffs), as well as friends who would have otherwise spent Thanksgiving or Christmas by themselves, to join her for celebratory meals. "Mother would not let anyone be alone on these holidays," says Perini. "For all those years, this is what we had—family, friends of family, and family who had lost family."

Before his mother Maxine died in 2001, Tom was asked to continue celebrating Thanksgiving with the Wagstaffs and to mark each annual gathering with a prayer of gratitude and a toast to those who had passed away.

Nineteen years later, Tom and his wife, Lisa, are still making good on that promise.

"It's sort of a standing invitation," says Lisa. "Tom and I have now been hosting it so long that there's just an assumption that Thanksgiving is here. People know to come." 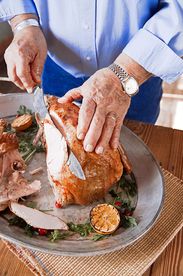 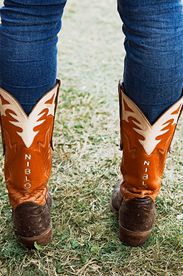 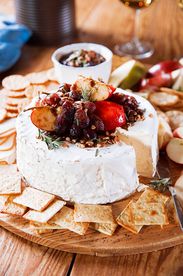 Every year, around 60 to 70 people make the trip from as far away as California to Buffalo Gap, Texas, a tiny town about 15 miles southwest of Abilene, for Thanksgiving at the Perini Ranch Steakhouse. Tom first opened the restaurant in 1983 as a way to support the family's cattle-raising business. In the 37 years since, it's become a much-loved and -lauded destination in and of itself, inspiring two cookbooks and welcoming folks from around the world for a Texas chuckwagon-style-cooking experience.

But on Thanksgiving, the employees—and the beef—take the day off.

Tom starts early in the morning, cooking four 15-pound turkeys for the crowd. Lisa sets the tables with blue Spode china and hand-me-down silver, ensuring that not even a couple of guests are seated apart from the rest. Everybody else brings the sides. 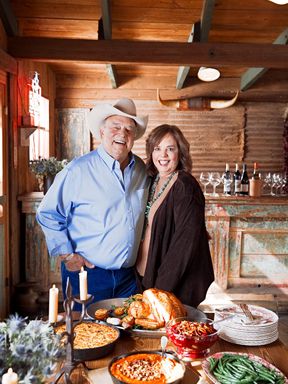 Gracious hosts Tom and Lisa Perini at the steak house. 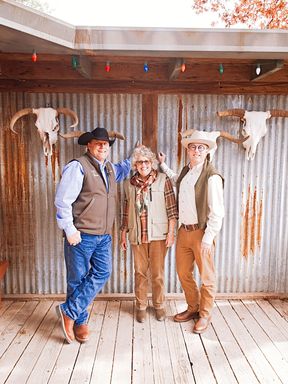 "Tom's daughter, Jessica, makes the best gravy on the planet, so she brings that, no matter what," says Lisa. "I make cranberry sauce."

There are other signature recipes that make appearances each year too: Tom's daughter Caroline's bourbon milk punch is a must-have, along with roasted corn-and-poblano pudding and a "secret" family dessert.

"At Thanksgiving, my mother would make Grandmother's pound cake," says Tom. "When we were doing our first cookbook, I told her, 'I need to have that recipe.' And she thought for a minute and said, "If you'll turn to page 661 in The Boston Cooking-School Cook Book, it's there.' "

And that's when Tom realized his own grandmother was not the originator of the beloved dessert.

"All those years, I could see my little grandmother adding a pound of butter," he says with a hearty laugh. "And that's not the way it was, but I don't care if it came out of the Boston cookbook. Those things make traditions. That's what it's about."

There are other traditions even more treasured than that pound cake: Each year, the youngest guests read from the family prayer book and there's a toast to loved ones who have passed away, just like Tom promised his mother 19 years ago.

"I think she was looking ahead," he says. "You know, this old life goes real fast, and you don't realize it till you get a little older. But it does, and she knew it. And now I know it. So it makes me feel good that we can do this." 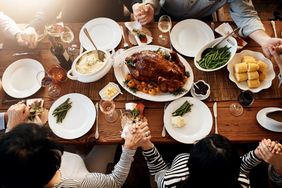 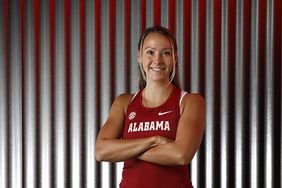 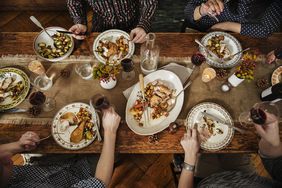 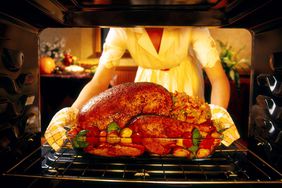 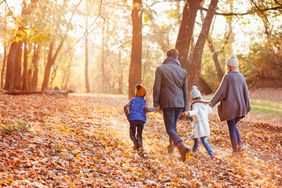