These celebrations are the place to be when the clock strikes midnight around the South.

Come for the fireworks, stay for the world's largest edible MoonPie. At least, that's how the port city of Mobile, Alabama, rings in the new year. The downtown celebration begins with music and festivities and ends with fireworks and the lowering of a 600-lb. electric MoonPie. See it to believe it.

One destination that regularly tops international lists for stunning fireworks displays is Florida's own Disney World. The "most magical place on earth" makes for the ultimate destination for fireworks fanatics, not simply for the size of the shows but for the frequency. Typically, visitors can expect shows across multiple nights in multiple parks. According to Disney Tourist Blog, the way to go is Magic Kingdom the night before and Epcot on New Year's Eve.

Plan your trip: Family-Fun Things to Do in Orlando Beyond Theme Parks

Across the Peach State, Georgians celebrate New Year's Eve in big cities and small towns alike. In Savannah, you don't have to decide, with options to view fireworks on both Tybee Island (if lawn-chairs-in-the-sand is more your speed) or in the city (if drinks-in-both-hands is your style). For those celebrating in the city, a family-friendly celebration on Savannah's Waterfront runs all evening until midnight. Either way, you're in for some spectacular waterfront fireworks.

Plan your trip: Our Favorite Ways To Spend a Day in Savannah, Georgia

New Year's festivities start in the afternoon with the Mardi Gras-style Allstate Sugar Bowl NYE Parade, a favorite for college football fans. The party continues in the French Quarter, with street parties, dancing, live music, and more. If you enjoy a crowd, the biggest bash is at Jackson Square, where partygoers countdown to the New Year and wait for the Fleur De Lis to drop. Fireworks take place throughout the city.

Plan your trip: The Best Hotels in New Orleans

If you're looking for an experience that's elegant, intimate, and offers front-row views of midnight fireworks, book a New Year's Eve package at the Biltmore, outside Asheville, North Carolina. Join the New Year's Eve black-tie gala for a five-course meal and live entertainment. Then get a front-row seat to fireworks at midnight to usher in the new year.

Plan your trip: The Inn on Biltmore Estate in Asheville: The South's Great Estate

Everything's bigger in Texas, and that certainly includes fireworks on New Year's Eve. The Reunion Tower "Over the Top" show is the only 360-degree, panoramic fireworks spectacular in the Central time zone. The show boasts more than 5,000 pyrotechnic special effects combined with a fleet of drones for a light show like no other.

Plan your trip: How to Plan Your Next Trip to Dallas, Texas

If you're in Washington, D.C., New Year's Eve fireworks options abound. Post up along the Potomac for a first-class spot to see some of the best fireworks in the nation's capitol. Alexandria's First Night puts a particularly family-friendly spin on the celebration, with community-oriented festivities that emphasize performing and visual arts and culminate with midnight fireworks.

Plan your trip: Why Alexandria, Virginia, Is The Ideal Weekend Getaway 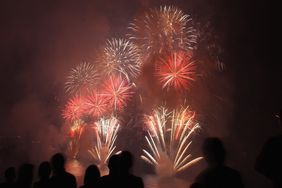 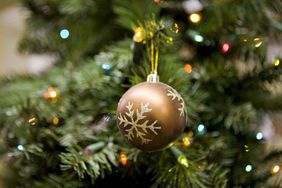 These Southern Christmas Shops Are Open All Year Long 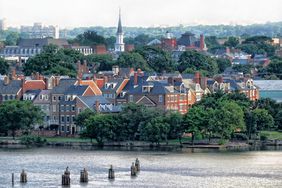