Create memories to last a lifetime with with Polar Express train ride in Dallas.

The Polar Express may only be a fantasy book, but, if you're looking to get a real taste of that railway Christmas magic you can do so by hopping aboard a train in Texas.

As you may or may not already know, Grapevine, Texas is the place to be for the holidays. The town, with a population of 53,000 people, located just outside of Dallas has become well-known as the Christmas capital of the Lone Star State. Each year, starting in November, the town hosts more than 1,400 different holiday events. And that includes a few enchanted rides on its railway, the Grapevine Vintage Railroad.

Guests who are lucky enough to snag tickets will board a train pulled by an engine originally built in 1896. The engine, Grapevine's own site explained, was first purchased by the Southern Pacific Railroad and used in California for passenger and freight service. It now pulls Victorian coaches, including a 1925 day coach and two 1927 open-air touring coaches. All four of the cars have been fully restored to match their original Victorian-era esthetic.

On the special Polar Express train ride in Dallas, known as the North Pole Express, guests will board fully decorated train cars. As the train pulls out of the station, elves serve up frosty mugs of "Chocolate Snow Milk" along with a yummy cookie or two to enjoy along the festive route.

The train will then make a quick stop at Reindeer Ridge, where Mrs. Claus herself will board and deliver a gift to each child with a "We Believe" bell.

Next, the train will pull into the station at the North Pole. There, guests are welcome to walk through the North Pole Forest. At this stop they can even venture inside Santa's workshop. Inside, Santa, along with his merry band of elves, will perform traditional Christmas carols to delight their guests.

If you want to get on the train you better act fast. The first run of tickets sell out within minutes, but luckily for holiday lovers everywhere, the train is releasing a few more just in time to spread a bit more cheer. But, if you can't get on the train fear not, as there's still plenty of magic to be had across Grapevine this season.

If you want to explore other parts of Texas that are Santa-centric, check out Johnson City. Since 1989, the Lights Spectacular Christmas display, centered around the historic Blanco County courthouse, drapes the town in thousands of twinkling lights for the holiday season.

The festive town square has towering oak trees draped with over a million twinkling lights for a most dreamy scene. It's as if a snow globe has come to life. Local businesses and homes also get in on the fanfare throughout town, making it a holiday adventure for anyone visiting.

"For me, when I was a kid, Christmas meant getting into the car, our old station wagon. My little sister and I sat in the way, way back. My oldest sister had the whole middle to herself because she's the queen, and then my parents. And driving to Texas, and then to Oklahoma, to see our relatives." This comes from none other than Jennifer Garner, who cherishes memories of her travels to Galveston during the holidays.

Many miles of highway from their home in West Virginia, when the Garner family made it to Texas, the magic continued. "A couple of times we would rent a house on the beach in Galveston and all my cousins would come and we would spend the day, have a barbecue, just be together," Garner recalls fondly.

What are your favorite things about the holidays in Texas? Do you have beautiful family traditions that wouldn't be the same without a Texas twist? 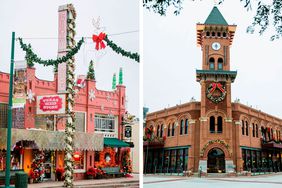 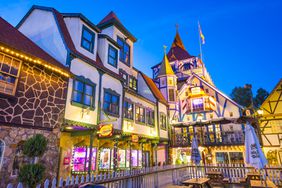 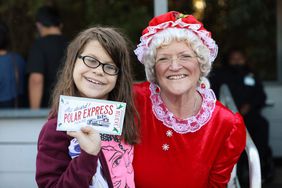 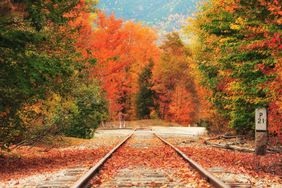 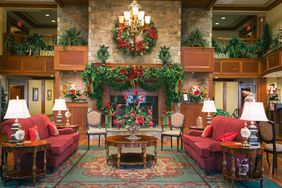