The Christmas flounder is a North Carolina tradition, and a tale that should be told again and again.

Christmas dinners are a time to show off your best holiday china and fill those plates with turkey or ham or, if you happen to live in the Southeastern corner of North Carolina, a good piece of Christmas flounder.

While many cultures celebrate the Yuletide season with a seafood meal, like the Italian-American Feast of the Seven Fishes, The Christmas Flounder is unique to one little pocket of the South. The Christmas Flounder sounds like a heartwarming children's holiday tale, but according to StarNews, it is a "tradition born of hardship" that has become part of Lower Cape Fear's history.

Paul Jennewein, the late newsman, who the StarNews claims was the world's only authority on The Christmas Flounder, a tradition started during the Great Depression when money was especially tight. Faced with the idea of nothing to fill their Christmas tables, since turkey and ham were out of reach for most folks, Cape Fear fishermen decided to head out to sea. Soon enough, a fleet of flounder had been pulled out of the mud, bound for the dinner table. Those fish were joined on the Christmas table stuffed with other local delicacies plucked from the sea, like oysters and crabs, with traditional Southern fare like collards and grits to round out the meal.

From that first meal, a holiday tradition was born and Christmas flounder became an annual treat—at least for some time. Now, according to the StarNews the tradition is "practically forgotten" although they have been working hard to keep the practice alive. Every Christmas Eve they reprint the original story crafted by Jennewein and Charles Riesz, the former editorial page editor of the StarNews. They even print a recipe that pairs the flounder with shrimp, crab, and cornbread crumbs, which makes The Christmas Flounder sound like the perfect addition to a holiday spread.

There's just one thing, though: The story of The Christmas Flounder is a bit, ahem, fishy. According to Our State, in Jennewein's obituary, which was published in the paper on August 5, 2000, Jennewein's widow, Virginia Nesbitt Jennewein, confessed that he had made the whole thing up. "He invented it," she told a reporter. While Jennewein had seen some intrepid fisherman gigging flounder on Christmas Eve, the back story about the Great Depression was invented whole cloth.

The Legend Lives On

Now, restaurants feature The Christmas Flounder on their menu and it may even show up on Christmas dinner tables across North Carolina. And why not? It's undoubtedly a delicious addition to a Christmas dinner that serves as a conversation starter, too. Should you need tips on flounder prep, feel free to review our own recipe.

If you do intend to add this to your holiday traditions, we've got some ugly Christmas sweater suggestions that will help kick start the fishy festivities. 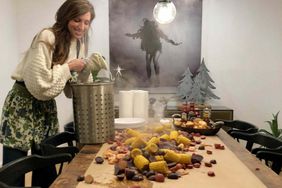 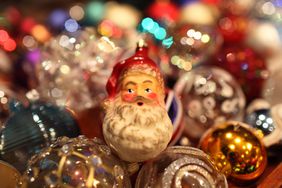 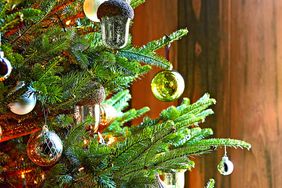 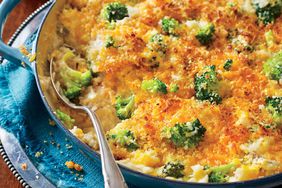 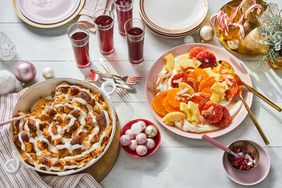 11 Full Christmas Menus for Every Type of Celebration