Everyone's favorite casserole deserves a bit of extra attention so each bite is perfect.

Even if you aren’t the biggest fan of vegetables, there’s just something about a green bean casserole that’s impossible to resist. Its ooey-gooey goodness of a creamy sauce enveloping tender green beans paired with a crunchy and flavorful topping is the pinnacle of many holiday dinners—although there’s absolutely no reason why you can’t indulge on this any ol' Tuesday night, too.

In order to ensure you’re meeting everyone’s expectations of a scrumptious side dish, double check that you aren’t inadvertently making any of these most common green bean casserole mistakes before your next gathering.

The Green Beans Are Mushy

Oftentimes, mushy green beans come down to one of two issues. The first is simply that you overcooked them, and they lost their shape and texture. So be sure to keep a close eye on the clock.

The second reason is because you started with canned green beans, which are already cooked—so all you really need to do is get them hot instead of cooking them again.

Of course, your mushy beans may also be a combination of these two issues: using canned green beans that are already tender, and then cooking them for too long.

It’s important to note that frozen green beans—usually the best choice for green bean casseroles—are blanched before the freezing process begins, so they’re already partially cooked, too. That means they’ll also cook pretty fast, which could easily morph into overcooking if you aren’t careful. You’ll find that fresh green beans are the least likely to turn out mushy, but that doesn’t mean it’s impossible to overcook them.

Your Crispy Onion Topping Is Soggy

If you ask someone their favorite part of a green bean casserole, there’s a 90 percent chance their answer will be “the crispy onion topping." The juxtaposition of that crunch melding with the soft and creamy casserole is pure texture heaven.

So there’s perhaps no greater sin than to serve a casserole with a sad, soggy topping. Yet it’s one of the most common green bean casserole mistakes a home chef can make.

If this happens to you, it may be due to adding that topping too early; toppings should be added at the very end of the cooking process, shortly before you pull it out of the oven.

The other culprit is letting that topping sit around for too long after baking but before serving, as the steam emanating from the casserole will kill that crunch. And if you’re making a slow-cooker green bean casserole, be sure to toast the toppings in a skillet on the stovetop for maximum crunch. Finally, if you’re preparing your green bean casserole in advance, be sure to leave the topping off.

The Casserole Is Too Soupy

Oh no, a runny casserole is such a disappointing sight to behold! If you used frozen green beans, but didn’t fully defrost and drain them prior to adding them to the casserole, that mistake will surely account for the excess water you’re now experiencing.

Don’t worry, there’s a relatively easy and quick fix that will help soak up the excess liquid: Make a slurry of flour or cornstarch in liquid (broth or water) to help thicken it up and then cook it for a bit longer. Note: This solution works best if you catch it before you’ve added the crunchy topping.

The Casserole Is Bland

Another one of the most common green bean casserole mistakes is to choose a recipe that’s a bit too simple, which can result in a bland dish. Look for recipes with some unexpected ingredients, plenty of seasoning, and a variety of textures, like this Bacon-Brussels Sprout-Green Bean Casserole recipe or this Homemade Green Bean Casserole with Crispy Leaks dish.

Even something as simple as adding mushrooms for a little umami, or water chestnuts or sliced pecans for a bit of crunch can turn a ho-hum recipe into one your guests will rave about year after year. 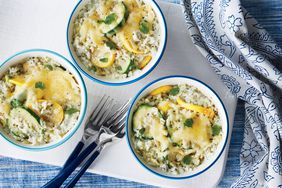 Comforting Casseroles You Can Make In Your Slow Cooker 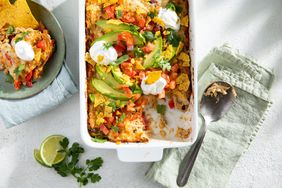 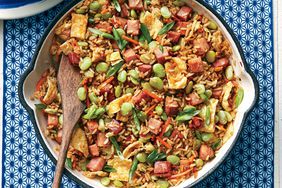