Yes, wisteria is pretty, but you don't want it to take over your garden.

Wisteria vines, for the most part, are not for the wimpy gardener. About 99.9% of the plants sold are Japanese wisteria (Wisteria floribunda) and Chinese wisteria (Wisteria sinensis)—thuggish Asian imports that frequently escape managed gardens. They climb the tallest trees and utility poles, spreading at light speed, and their muscular, twining stems can bend iron, crush an arbor, or throttle small trees to death. On the ground, the vines sprout up from thick, aggressive roots, forming thickets that smother other plants. Both have invaded the South, creeping their way along forest edges and roadsides. Still, we plant them for their pendant chains of beautiful, fragrant spring flowers.

There's a smarter choice for those who can't resist their lilac blooms. There are two wisterias that are pretty and play nice, and they're native to the U.S. Both are deer resistant and will attract hummingbirds and butterflies to the garden.

Kentucky wisteria (Wisteria macrostachya) is found in the south-central United States. It's more cold-hardy than the Asian types and suited to USDA Zones 4 to 9. It also blooms later than they do—in May or June, depending where you live—so the blooms are seldom zapped by a late frost. Fragrant, lavender-blue racemes up to 12 inches long cascade from its stems. The selection 'Blue Moon' (pictured above) blooms up to three times a year once established, the spring bloom being the heaviest. It can grow 25 feet tall rather quickly, so don't think you can just plant it and forget. A yearly pruning keeps it in check.

American wisteria (Wisteria frutescens) is another native worth a look. Think of it as a smaller, slower-growing version of Kentucky wisteria. It blooms at about the same time, but its flowers look quite different. Rather than chain-like, the 6-inch long racemes are bunched, looking like purple corncobs cut in half. They're not quite as sweet-smelling as those of Kentucky wisteria. 'Amethyst Falls,' a popular selection, repeat blooms like 'Blue Moon' does, but it's a less aggressive plant with thinner stems that won't damage wooden arbors or trellises. You can even grow it in a container. While it can grow to 20 feet eventually if left unchecked, 'Amethyst Falls' grows at about a third of the pace as the Asian species and needs little pruning. It's suited to USDA Zones 5 to 9.

For best flowering, plant either vine in full sun in moderately fertile, well-drained soil. They like moist soil but become drought-tolerant once established. They'll do best if you give them some water when the weather is hot and dry.

The vines usually bloom the second or third year after planting. At some point, you'll likely need to prune the vines to maintain the size and shape that you want. These wisterias flower on new wood, so don't prune off fresh growth until after the springtime bloom (even better, do your pruning in winter before growth appears). Both wisterias set seed, so remove the bean-like seed pods before they mature if you don't want seedlings popping up around your garden.

You've been warned not to plant Chinese or Japanese wisteria, but perhaps it's too late. Or maybe a neighbor's ill-fated choice has brought a plague on your garden. Removing this deep-rooted plant requires persistence. Start by sawing off all vines down to the base. You can also paint the end of each stump with an herbicide like Roundup (do this within 5 minutes of making each cut, or the herbicide won't be absorbed). No matter what, expect more shoots to pop up from the long roots, sometimes over several seasons. But don't despair: As long as you keep removing growth to starve the plant, it will eventually die, opening up space for other plants that play nice in the garden. 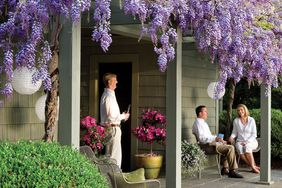 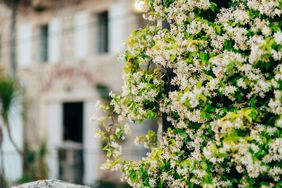 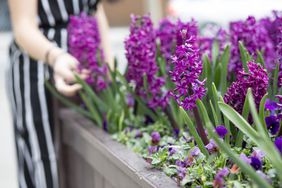 11 Pretty Purple Flowers to Plant in Your Garden 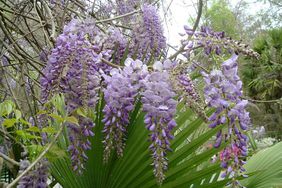 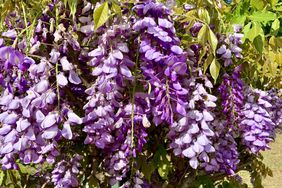 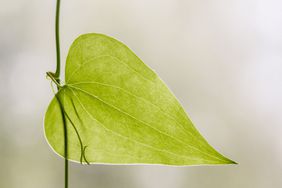