The Manchineel Is A Scary Tropical Tree That Can Kill You

The manchineel tree is one of the most dangerous plants in the world, and it can be found in Florida.

There's a toxic coastal plant you need to know about, and it's called the manchineel tree. You may have seen one during your travels—it's often accompanied by cautionary signs and a bright red band painted around its trunk as a warning to all who pass by. While not all manchineel trees are so painted, they require a fervent advisory, because they are one of the most dangerous plant species around.

Where Will You See a Manchineel Tree?

The manchineel (aka Hippomane mancinella, aka the Tree of Death) is native to coastal areas in southern North America, such as South Florida, as well as the northern reaches of Central and South America and the Caribbean. The plant gets its name from the Spanish word manzanilla, which means "little apple." It is so named because the fruit and foliage of the plant resemble those of apple trees. It's also been called manzanilla de la muerte, or "little apple of death," a foreboding moniker if ever we've heard one.

Don't Be Fooled By the Manchineel

The manchineel tree is quite attractive, with attractive, single or paired yellow-to-reddish, sweet-scented, applelike fruits. The fragrant nature of the fruit has drawn in and poisoned Spanish conquistadores, shipwrecked sailors, and present-day tourists. The trees live along the coast in brackish water, and tend to grow in clusters.

During a voyage, the legendary Captain James Cook and his crew came upon the manchineel. His men needed supplies, so Cook ordered them to collect fresh water and chop manchineel wood. During this process crew members rubbed their eyes, which reportedly resulted in their blindness for two weeks. Shipwrecked sailors have been reported to have eaten Manchineel fruits, which caused them inflammations and blistering around the mouth.

As it happens, all of the fearsome stories are warranted. Every part of the manchineel is poisonous. The fruit is toxic, and the sap from the leaves and stems is too. If touched, the irritants found in manchineel sap can produce inflammation and painful blisters on the skin.

Passersby are warned not to stand underneath the tree when it's raining, as dripping water can transfer toxins from the tree to anyone nearby. And finally, burning manchineel bark has been known to cause irritation, even blindness, due to airborne poison ash.

The manchineel is more widespread than you might imagine. It's found on beaches and throughout swamps in tropical climes, where it provides windbreaks and aids in erosion reduction efforts. If you're in locales where the manchineel grows, keep an eye out, and if you encounter one, stay far, far away. If you're not convinced yet, read this frightening story of a manchineel encounter published in the BJM medical journal.

Beware this coastal plant; it's one of the most dangerous tropical species on the globe, and it's best to stay far from it if you encounter one during a walk on the beach or an adventure in the mangroves. 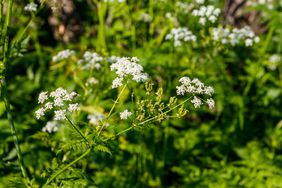 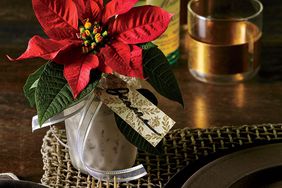 Poinsettia Care for Christmas and Beyond