Voracious predators may be lurking in your yard without you even knowing.

They stalk their prey with cool precision advancing on conveyor belts of slime. When they catch their hapless targets, they wrap around them like boa constrictors and secrete a sticky mucus that contains both a toxin to kill and an enzyme to dissolve. As victims turn into disgusting goo, victors "drink" them like a Slurpee and then glide off looking for their next meals.

These are not your father's earthworms. In fact, earthworms, snails, and slugs are their favorite foods. They're technically flatworms as evidenced by their flattened bodies. The name "hammerhead" comes from the distinctive shape of their stalked, curved heads that remind people of hammerhead sharks. Here's why you don't want them in your garden and how to get rid of them.

What Is a Hammerhead Worm?

These invasive garden pests pose no danger to you unless you pick one up, as the slime might cause skin irritation. Due to the toxin, nothing much eats them except other hammerheads. Thankfully, they're nowhere near the size of a hammerhead shark, but a big one can stretch eight or more inches long and be mistaken for a small snake.

Hammerhead worms, of which there are numerous species, don't belong in the United States. The theory is they're accidental imports that hitched a ride with plants brought here from tropical countries in their native South America and Asia. They've proved surprisingly resilient in cold winter areas, but seldom show up in arid climes, as they need moisture. Their preference for hot, humid locations means they like the South. Find them in moist, dark places like compost or under piles of leaves during the day. Your best chance of seeing one is at night, as they're nocturnal. But suddenly encountering one curled up in a moist place during the day is unfailingly delightful.

What Danger Do They Cause?

The threat hammerheads pose to our gardens and ecosystems is pretty direct. They eat earthworms—lots of them. Earthworms, as you know, are highly beneficial by both loosening compacted soil and also converting organic matter into nutrients that feed plants. When earthworms disappear, their benefits cease.

How Do You Get Rid of Them?

While sightings of this invasive species are spreading, there’s no need to inform the authorities. You can dispose of them yourself. So what are the chances of eradicating these foreign invaders? About as slim as they are. If your first instinct is to cut one in half to get rid of it, don't. See, these worms profit from a reproductive strategy that is, well, quite interesting. All hammerhead worms are hermaphroditic and possess both male and female organs. A sexual encounter to promote genetic diversity leaves both pregnant, and they lay eggs. However, asexual reproduction is more common and even weirder. Part of the worm will calve off and become a new worm that's genetically identical to the first. That's why trying to kill a hammerhead by cutting it in half is a bad idea. Every piece will reproduce. The half lacking a head will grow a new head. Now you have two hammerheads.

Absent nuking the soil with a real nuke (frowned upon in this country since the advent of Godzilla movies), the most convenient control is salt. Pour some salt into a container, pick up the hammerhead with tweezers or while wearing a glove, and drop it in it. The container keeps the worm from crawling away before it dies. The critter will react the same as a slug would. Slime City, then die.

So how do you feel about going out after dark tonight and taking a little walk with a flashlight? You never know what you might find. 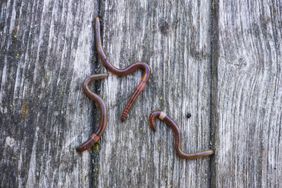 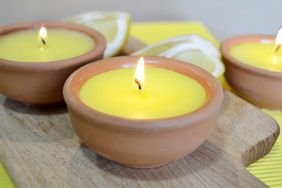 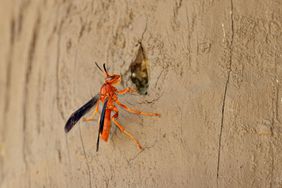 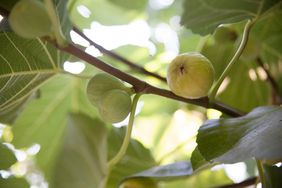 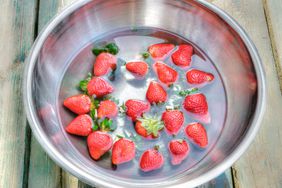 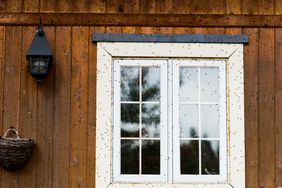 Asian Lady Beetles: Everything You Need To Know