Geraniums are popular plantings across the South. They add fragrant foliage and bright blooms wherever they're planted, whether that's in backyard garden beds or in pots, planters, and containers. For seasoned gardeners and geranium-growing novices alike, there's a fact or two about these flowering plants that will surprise, and likely inspire you to revisit these cheerful blooms. Read on to learn more about these regional-favorite flowers and try your hand at planting some this season.

The Plants We Know as "Geraniums" Aren't Actually Geraniums

If you point to a geranium at a garden shop, you're actually probably identifying a Pelargonium, a member of a group of plants that have commonly come to be called 'geraniums.' Botanically speaking, true geraniums (those belonging to the genus Geranium) are a related genus of hardy flowering perennial shrubs. Those are also called cranesbills. Both geraniums and pelargoniums are members of the Geraniaceae family. In any case, we'll continue to use both "geranium" and "pelargonium" as the common names for the familiar flowering plant, as that's how they are widely identified.

There Are Hundreds of Known Species of Geraniums

Geraniums are native to South Africa, and in the 17th century, they made their way to Europe, where they remain popular plantings. It is understood that there are between 250 and 300 species of them, from which many thousands of cultivars have developed.

They Are Typically Grown as Annuals

In the Southern U.S., geraniums are most often grown as annuals. Popular ones to plant include regal pelargonium (Pelargonium grandiflorum) and angel pelargonium (P. peltatum). Each of their selections have different characteristics. For example, Pelargonium 'Madam Layal' and 'Seely's Pansy' have petals resembling those of pansies, and they are known as "pansy-face pelargoniums."

As mentioned above, the fragrances of geraniums span the lengths of the garden (and the kitchen). Some even smell of strawberries. Strawberry-scented pelargonium (Pelargonium x scarboroviae) is sometimes grown as an indoor plant. It is compact and produces berry-scented foliage with pink-hued blooms.

Geranium Leaves Can Be Used in the Kitchen

Both the flowers and aromatic foliage of geraniums are edible and can be used for culinary purposes. According to The New Southern Living Garden Book, you can "use fresh leaves of all types for flavoring jelly and iced drinks; use dried leaves in sachets and potpourri." They can be used to flavor sugar, iced tea, lemonade, pastries, pound cakes, and salads, too.

One Species Releases Its Fragrance at Night

Night-scented pelargonium (Pelargonium triste) is a group of geraniums with a distinctive fragrance. In the evening the plants, as if by magic, begin to smell of cloves. You may detect hints of warmth, even vanilla-like notes, which the plant releases when the sun goes down and through the night.

These plants love bright, sunny climates and moderate to regular watering, as long as they are planted in well-draining soil. They're relatively low-maintenance plantings, and they're excellent choices for container gardening.

Geraniums thrive when they're contained in pots. Containers are a great home for geraniums, as pots keep the plants corralled and can also be easily moved to ensure geraniums are receiving enough bright sunlight. Some geraniums grow best with a bit of afternoon shade as well.

Geraniums Are Good for Herb Gardens

Because of their pretty blooms, lovely fragrances, and culinary uses, scented geraniums are great additions to herb gardens. That's in addition to their usual applications in borders, window boxes, and hanging baskets. Some can even be used as ground cover. Peppermint geranium is one that can spread and cover (as long as it's planted in warmer climates, i.e., a place where it won't be accosted by frost).

Martha Washington Has Her Own Geranium Hybrid

Many Species Have Attractive, and Varied, Foliage

Popular species to grow in the South include Pelargonium cordifolium, or heartleaf geranium; P. x hortorum, also called common geranium or garden geranium; and P. peltatum, or ivy geranium. The foliage varies from species to species. For example, heartleaf geranium has toothed and lobed leaves, while Martha Washington pelargonium has heart- or kidney-shaped dark green leaves. Common geraniums have rounded leaves, which are soft, velvety, and hairy with scalloped edges. Some geraniums have foliage resembling that of ferns.

Geraniums Bloom in a Rainbow of Colors

While They Require Some Attention, They're Relatively Easy-Care Plantings

When it comes to caring for geraniums, according to The New Southern Living Garden Book, you should "plant in any good, fast-draining soil and amend poor soil with plenty of organic matter. Geraniums growing in good garden soil need little fertilizer; those in light, sandy soil should receive two or three feedings during active growth." To tend them during the blooming season, you should regularly remove wilted and faded flowers. This will encourage the appearance of new blooms. You can also help shape the growth by pinching the growing tips of young geraniums to bring out branches along the sides of the plant.

Heat Can Tire Your Geraniums

According to the Grumpy Gardener, "High summer heat can take its toll on these plants. Many common geraniums stop blooming in sizzling weather, a condition known as 'heat check.' (They'll resume blooming when cooler weather arrives.)." Grumpy recommends avoiding this by planting heat-tolerant geraniums; these include the 'Americana,' 'Orbit,' 'Cascade,' and 'Summer Showers' series. 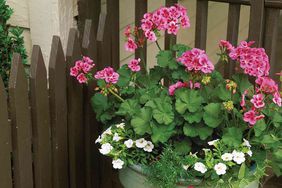 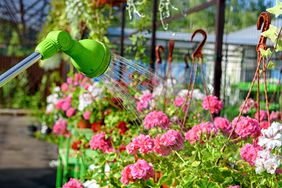 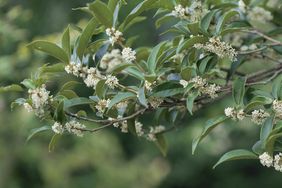 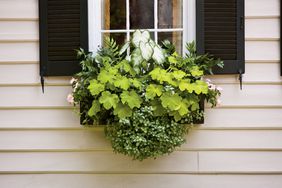 Our 20 Favorite Plants For Containers 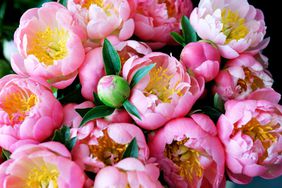 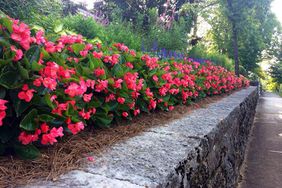 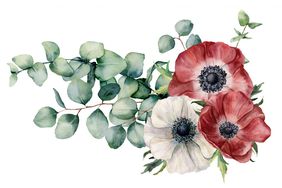 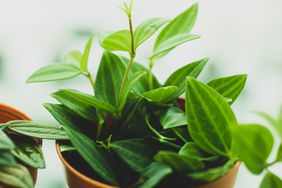