Looking for a flower that'll outlive you? You found it.

People generally hate it when their plants die. They feel betrayed. They feel cheated. Mostly, they feel embarrassed, because they think they did something wrong.

Cheer up. I present to you a flowering plant that has never be known to die. It's called a crinum lily.

Many types of crinum lilies exist, native to the warmer parts of the Americas and Africa. Some represent a single species, but most that you encounter are hybrids of different species. In general, they combine bold, fragrant flowers with handsome, straplike foliage and a bulldog constitution. Classic passalong plants in the South, they survive untended for decade upon decade in cemeteries, old home sites, and country gardens, blooming year after year.

How do they do this? First, they tolerate many soils, from wet to well-drained to dry (although blooming is often spurred by spring and summer downpours). Second, many crinums grow into large clumps of absolutely enormous bulbs that store food reserves. This means that can they weather long stretches of drought and utter neglect and then bloom when conditions improve. It also means that, unlike most plants, you can dig, transplant, share (and ship) crinums just about any time without killing them. That's how I've received all of my crinums – as summer passalongs from friends.

Because of their origins, crinums favor the warmer growing areas of USDA Zones 7-11. However, some cold-hardy crinums withstand frigid winters. The hardiest, Crinum bulbispermum, shown below, is fully hardy in USDA Zone 6A, and is reported to have survived -20 degrees. It prudent to plant them 18 inches deep in this zone, however.

Elsewhere, choose a sunny spot with decent soil for planting. Jenks Farmer, the Guru of Crinums from Columbia, South Carolina, says to first find the "neckline" of the bulb – the point where its color transitions from white to green. Dig a hole six inches deeper than the neckline, place the bulb in the bottom, and cover it with soil. That's it.

Don't look for crinums at your local garden centers. They won't have them. The way to obtain a crinum is by begging for a division from someone who has plenty or by ordering from specialty supplies online. Grumpy suggests the following sources if you choose the latter: jenksfarmer.com and southernbulbs.com.

At last – a plant even you can't kill! Can life get any better? 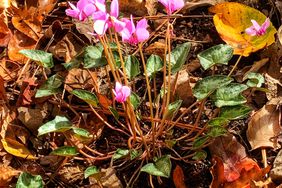 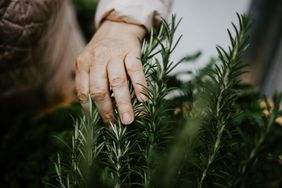 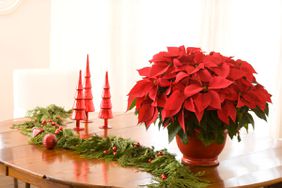 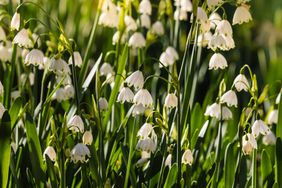