Read this before you reach for your slow cooker.

A slow cooker can be nothing short of a lifesaver during busy weeks. The handy appliance lets you prep your pot and move on with your day. The result? A delicious, home-cooked meal without spending hours in the kitchen. There's only one problem: some foods don't lend themselves to slow cooker preparation.

Which Foods Are Unsafe to Prepare in a Slow Cooker?

Since slow cookers take a while to heat up and cook slowly (hence the name), this means that frozen chicken might spend too much time in that danger zone. Chicken needs to reach an internal temperature of 165° F to be safe to eat, so don't chance it. Be sure to thaw frozen chicken before you put it in a slow cooker.

If you're planning to break out your favorite slow-cooker chili recipe this weekend, just be sure you don't start with dried beans.

"Kidney beans contain phytohemagglutinin (PHA), which is a type of protein called lectin. PHA is toxic in high doses. Fortunately for kidney bean lovers, the toxin is destroyed when boiled at 212° F for 30 minutes," Echeverria explained.

This means that although it may be perfectly safe to prepare dried kidney beans on the stovetop, the slow cooker won't reach the necessary temperature quickly enough.

If you've got a big pot of leftovers, it may be tempting to throw them in the slow cooker, but Echeverria says this isn't a good idea.

"Do not use a slow cooker to reheat leftovers, even if you originally cooked the food in the slow cooker," she cautioned. "The low temperatures can allow prepared foods to spend too much time in the unsafe food temperature zone."

Instead, she suggests reheating leftovers on the stove or in the microwave. After that, she says it's perfectly fine to use the slow cooker to keep them warm for serving.

What Other Foods Are Tricky to Make in a Slow Cooker?

Echeverria says food safety isn't the only concern when it comes to cooking food in a slow cooker. Some foods can be tricky because they need to be timed just right in order to taste their best when you prepare them slowly.

According to Echeverria, lobsters, crabs, oysters, clams, and mussels can all be safely cooked in a slow cooker. However, if you've ever cooked shellfish before, you know it cooks quickly no matter which method you use.

If you overcook shellfish, it becomes tasteless and rubbery. For this reason, Echeverria recommends adding shellfish an hour before the full meal is ready or sometimes even minutes before it finishes cooking, depending on the recipe.

"Raw meat is a slow-cooker staple, but you may need to add it to the pot before adding other ingredients like green vegetables," she shared. "Browning meat in a skillet before adding it to the slow cooker has been a game-changer for my slow-cooker meals. It adds a caramelized flavor, cuts down the grease, and can allow you to cook the meat and remaining ingredients in the slow cooker at the same temperature for the same amount of time."

So, go ahead and cook raw meat in your slow cooker. Just be sure to give it a head start over the rest of your ingredients. 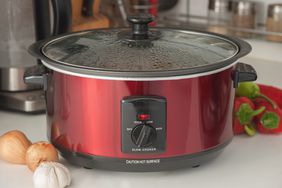 Can You Reheat Food In A Slow Cooker? 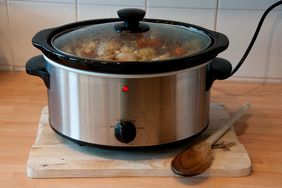 Oh Dear. Cooking Frozen Chicken in a Crock-Pot May Be Unsafe 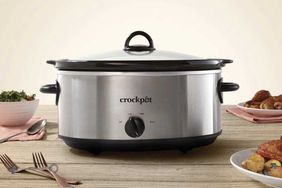 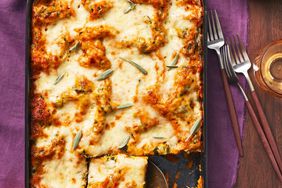 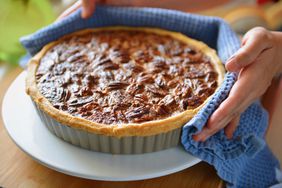 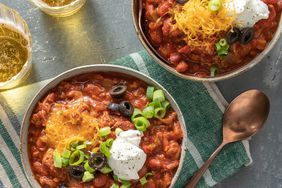 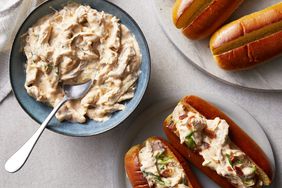 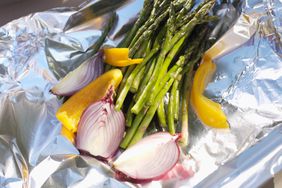