This sweet and spicy relish goes on just about everything.

Alana Al-Hatlani
Alana Al-Hatlani is an Assistant Food Editor at Southern Living where she works with the Deputy Editor to plan and write monthly print food features and stories. Before joining Southern Living, she worked as a baker in restaurants and bakeries. From cakes to cookies and everything in between, she spent 4 years covered in flour dreaming up desserts. In addition to baking, Alana has written about food for various outlets like Bon Appetit, Eater Seattle, Saveur, and Fodor's Travel.Born and raised in Seattle, Washington, Alana graduated summa cum laude from New York University with a degree in journalism and a minor in food studies. She then went on to graduate from the Seattle Culinary Academy with a diploma in pastry arts. She now lives in Birmingham, Alabama, with her partner and pup. When not writing, she is probably baking and vice versa.
Southern Living's editorial guidelines
Kaitlyn Yarborough

We could serenade summer peas on a balcony every single day, so strong is our love for all those delicious varieties of field peas, whether it be lady peas, butter beans, crowders, or classic black-eyed. Each gets a warm seat at our kitchen table all summer long, and we're oft tempted in the off-season to grab a can or two, should our frozen stash run empty.

Serving peas in the South—especially those cooked traditionally in a comforting ham hock- or bacon-infused broth—must be treated with the utmost respect, as your grandmother and her grandmother would. And in that case, there better be a Mason jar of homemade chowchow on the table, with a big ol' spoon for dipping.

Granny doesn't play when it comes to peas, and something about that tangy, vinegary relish made fresh from her garden (or you know, the local farm stand, we don't judge) just belongs on peas fresh out of the fragrant pot.

All in all, it's not a very difficult process, and—Granny cannot stress this enough—homemade is always better than store-bought. No questions asked. Don't even raise your hand. Don't even ponder it. She'll know.

Next time you're wondering what's missing from your summer supper lineup, know that a spoonful of chowchow can solve anything. Here, what chowchow is and how to make your own.

There are many staples that define Southern cuisine: biscuits, grits, cobbler, but chowchow, a lesser known food outside the region, is as Southern as buttermilk, and one of the South's most important dishes.

Chowchow is a pickled relish dish that was used to preserve summer vegetables for later in the year. Recipes for the relish are highly regional, and tend to be generational recipes, passed down through families. While no one batch is the same, a lot of Southern chowchows use tomatoes, cabbage, bell peppers, and onions. Some chowchows are sweet, while others lean quite spicy, but however it's made, it's a delicious, refreshing condiment to spoon on just about everything.

So, What Is Chowchow?

In short: a cold, pickled vegetable relish. But there's certainly more to it than that.

There are two main varieties of this relish, a Northern style and the more famous Southern version. Southern varieties usually contain some combination of bell peppers, sweet onions, tomatoes, and cabbage, while Northern versions that originated with the Amish communities of Pennsylvania contain other veggies like cauliflower, carrots, or beans. Amish chowchow is also typically made with a sweeter brine.

A lesser known variation of chowchow is found in Canada's Maritime provinces and is made almost entirely from green tomatoes and onions.

Even among Southern states there is much debate about what goes into chowchow. Alabama barbecue restaurant Full Moon jokes on its menu that chowchow is "a spicy sweet relish that is a staple in Southern kitchens and a source of fierce (and usually friendly) competition at county fairs."

The Old Mill in Tennessee, one of the oldest continually operating grist mills in the country that has its own restaurant, sells six varieties of chowchow, from Vidalia onion flavor to a super spicy version. In Tennessee, chowchow is specifically made with apple cider vinegar instead of the more commonly used white vinegar.

This depends. There are so many versions of the dish, many things can impact the taste.

Typically it's a salty, tangy, and slightly sweet tasting condiment. In chowchows with a green tomato base, they might taste brighter and more tart. Some people make chowchows very vinegar-forward, while others add quite a bit of sugar to make it sweet. Some add a touch of cayenne or diced fresh chili for heat, others pack in the spice. The brine seasonings can also change the taste of chowchow, from celery seed to allspice, the whole spices used can completely change the flavor profile.

Why Is It Called Chowchow?

Chowchow appeared in many early Southern cookbooks as "piccalilli '' and "Indian pickle," likely because this Southern relish closely resembles the British condiment called piccalilli, although piccalilli is typically heavier on mustard, more yellow, and contains other vegetables.

Chowchow's modern name is believed to have originated with the French-speaking Acadian people of Canada who settled in Louisiana. The word "chow" is suspected to stem from the French word "chou" for cabbage.

The dish's origins are widely debated, however. Late Southern food historian John Egerton believed its origins weren't Acadian, but could be traced to piquant sauces brought over by Chinese railroad workers in the 19th century.

How Do You Make Chowchow?

The process typically begins with salting the chopped vegetables. Tossing the vegetables in salt and allowing them to sit for hours or overnight draws out their excess moisture. The vegetables are then simmered in a brine mixture made of vinegar, sugar, and seasonings like mustard seed, celery seed, pickling spice, and red pepper flakes, before being jarred and refrigerated, or cannedto make shelf-stable.

How Do You Use Chowchow?

It truly goes well on everything. Chowchow is commonly eaten with soup beans and cornbread in the Appalachia. but its uses certainly don't stop there. Add a spoonful to pork chops. Toss it on top of greens. Fold chowchow into deviled eggs, or heap it onto hotdogs and hamburgers. Essentially, use it how you would any pickled condiment. 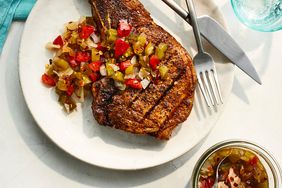 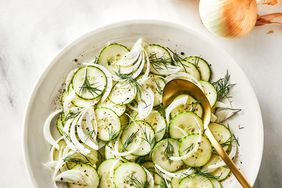 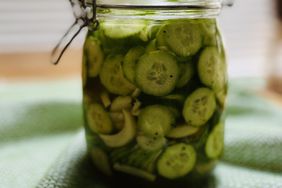 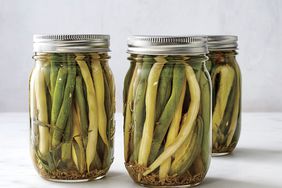 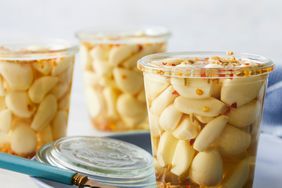 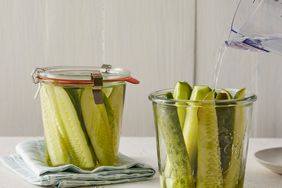