Have you ever heard of Shube Sauce?

If you've spent any time in Alabama, you're likely familiar with our famed (and sometimes controversial) mayonnaise-based white barbecue sauce. But that's not the only specialty sauce the Yellowhammer State can claim. Head south to the coast, and you'll find that there's another equally beloved, though perhaps lesser-known, Alabama-born condiment: Shube Sauce.

As with most good tales, the Shube Sauce story begins in a bar.

"Judge Roy Beans was quite a famous haunt down here for many, many years," says Fairhope native Brady Berglin, whose husband Rob is the man behind the sauce. "Jimmy Buffett used to play there when he'd come in town. It was famous for live music. But they also had great food."

They sourced a special barbecue sauce for the bar's most famous dish—a chicken and sausage sandwich that Rob was well acquainted with, given his 13 years working in the kitchen there.

Later, when Rob "fell into catering," as Brady puts it, he began workshopping his own take on the addicting sauce—mustard-based and sweetened with a little brown sugar. He named the condiment in honor of a Mobile Bay friend who always came by asking for a bottle of it. "We called it Shube Sauce because Shube wanted it, and it was sauce," explains Brady. "Plus, it's much more exciting than saying 'Rob Sauce.'"

But regardless of what you call it, the sauce goes with (and in) everything, from deviled eggs to meatloaf. And while it's tasty on pork sandwiches and hamburgers, the Mobile and Fairhope crowd will tell you that Shube Sauce is best paired with another Alabama classic, Conecuh Sausage. "Most people like it as a dipping sauce for Conecuh," says Brady. "That's universal. With our catering business, we serve it left and right at weddings." It's the two-ingredient appetizer that's as at home at a black-tie reception as it is on the wharf.

That's the appeal of the stuff; it's not fancy, but it makes everything taste better—even heirloom-worthy dinner plates.

"The only time I used my good china, I poured Shube Sauce straight on it," says Brady. "My husband busted me licking it off." 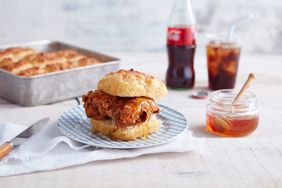 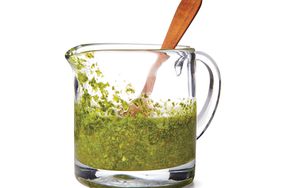