While fried chicken, jambalaya, tomato sandwiches, or BBQ chicken may be the names that first come to mind as the tastes that define the South, it's really the background players that give them those flavors synonymous with Southern food. From a dollop of Zatarain's Creole Mustard in a New Orleans-style remoulade to Old Bay Seasoning in a crab boil, these are the 10 classic condiments and seasonings that make up the essences of our region.

While we know and love Blue Plate fans and have Bama Mayo loyalists as kin (maybe even a few Hellman's users as coworkers too), Duke's is regarded as the one, true mayo in our offices, our test kitchen, and our hearts.

Okay, this technically counts as three, but together they comprise the holy Southern hot sauce trinity. Many of our editors and chef friends use all three for different situations.

The essence of Maryland, it's non-negotiable for crab boils, but sometimes we like to get wild with it, even as far as stirring it into Duke's mayo for a fried okra dipping sauce.

From rocket ships to Lionel Richie, Alabama has given the world so much, but perhaps one of the greatest gifts of all is this mayo-based BBQ sauce that turns BBQ Chicken and anything else graced with its presence from tremendous to transcendent. Big Bob Gibson's (home of the four-time Memphis in May-winning pitmaster Chris Lilly) sauce is the one by which all others are measured.

This vinegar-laced, course-ground mustard was one of the first products made by Emile Zatarain. Now, it's just as necessary in New Orleans cooking as red beans and rice.

Another Louisiana treasure and still family-owned, Steen's Cane Syrup can do anything maple can with a tangier, deeper flavor.

Yes, meemaw, homemade is best, but Palmetto Cheese is a close second.

Wickles Relish on a burger is like the rug in The Big Lebowski, it really ties the whole thing together.

Texas friends in the room? You know what we're talking about. While it's may not be made in the South (just across the border in Mexico) this seasoning salt made with chiles, sea salt, and lime adds a perfect burst of spice, salt, and zing to tacos, rice, literally anything. Sprinkle it liberally on fruit slices and you can thank us later.

We may be stretching it here, but the flavor peanut oil imparts is integral to Southern-style fried chicken. We accept no substitutes. 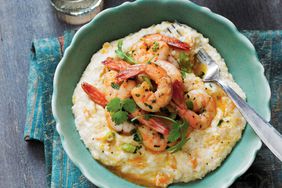 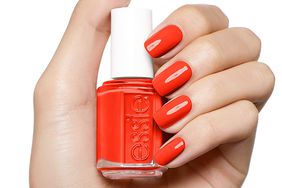 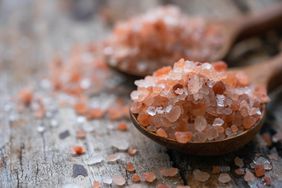