Sushi vs Sashimi: What's the Difference?

While both are Japanese in origin, they're not the same dish. Here's the difference between sushi and sashimi (and nigiri, too).

If you’ve ever been to a restaurant that serves sushi, you’ve probably noticed sashimi on the menu and wondered, “Is sashimi a type of sushi?”

While both are Japanese in origin, they’re not the same dish. Here’s the difference between sushi and sashimi (and nigiri, too).

If there’s no rice, it’s not sushi. Vinegar-soaked rice is the ingredient that makes sushi, well, sushi. The name itself means “sour tasting” due to the flavor from the vinegar, as well as the raw fish that’s often included. While traditional sushi features raw seafood, it’s not a component necessary to consider a dish sushi. Modern takes can include cooked seafood, veggies, or even other meats.

Bottom line: Sushi doesn’t need to include raw fish (or fish at all) to be considered such—only vinegar rice.

Sashimi is specifically raw—and fresh—seafood, like tuna or salmon. Most sashimi is made from saltwater dwellers because freshwater fish have higher risks of parasites. Sashimi is usually served thinly sliced on a bed of daikon, sans rice.

Bottom line: Sashimi is thinly sliced raw seafood served without rice and is not considered a type of sushi.

Nigiri is usually listed near sushi and sashimi on a menu, and it falls somewhere between the two dishes. Nigiri is raw seafood, similar to sashimi, served over hand-balled vinegared rice. Though it’s a type of sushi (remember, it’s all about the rice), nigiri doesn’t include any extra ingredients like cucumbers or avocado.

Bottom line: Nigiri is raw seafood served over rice and is a type of sushi.

How to make sushi

Remember, it’s not technically sushi without the rice.

Forget the takeout—try this homemade take on a California roll instead.

We love fusion food, especially when we can make it ourselves.

Sushi, but hold the roll—these tasty cups are easy and breezy to prepare. 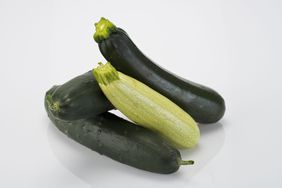