Chef, cookbook author, and former restaurateur Regina Charboneau is adept at keeping things simple, from her signature buttermilk biscuits to the flavorful sauces for which she's known. It turns out that the same principle that's made her classic dishes so popular is a winning concept for business too, evidenced by her shift from running restaurants to launching a brand new cooking school in downtown Natchez, Mississippi.

After the pandemic rocked restaurant businesses around the country, Charboneau decided to step away from operating Regina's Kitchen in December 2020. "So many things closed down, and I always thought I would retire at 70," she says. Though she's a few years shy of that milestone birthday, she decided it might be time to retire from the restaurant business. She quickly discovered that after more than four decades of cooking professionally, she craved being in the kitchen and the connections with guests.

She spotted a historic building downtown, complete with large windows and high ceilings. "I walked by and thought 'oh my god, this would be the cutest little cooking school!'" she says. To keep things simple and streamlined, Charboneau scoured her existing stock of kitchen supplies and decor from her former restaurants, and in just nine days she outfitted the former law firm-turned-art studio into a quaint cooking academy.

When Charboneau opened this spring, she planned to focus her intimate classes solely on her storied biscuits. Almost immediately the biscuit 101 classes, in which the eight to 12 participants learn her signature laminating technique and take home a tea towel emblazoned with the recipe, sold out.

Charboneau quickly realized there was a demand for other themed classes. "I'd like to see people more than once, and I love the idea of a one-hour class," she says. "It's ideal for people who are in Natchez touring and eating. It's something they can easily fit in." She's since added courses themed around summer salads, sauces, and soufflés. Guests are encouraged to bring along some wine or Champagne to enjoy while they cook, and they leave with recipes they can adapt and use at home. "[The classes are] very hands-on and personal," says the chef. "They get my undivided attention, and that's a win-win for me."

A tireless commitment to promoting her hometown of Natchez has been a constant for Charboneau, and she continues to look for ways to draw guests to the historic Magnolia State town set alongside the Mississippi River. What started as the pandemic-motivated end of an era became the beginning of a delightful new chapter. "Teaching is joyful for me," Charboneau says. "It just is so natural. I love it." And with the growing demand for her culinary secrets, it's clear that her guests love it too.

Want to try some of Charboneau's recipes at home? Here are a two of her favorites to get you started. 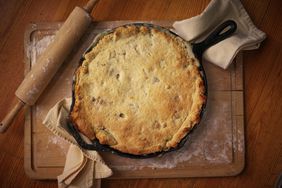 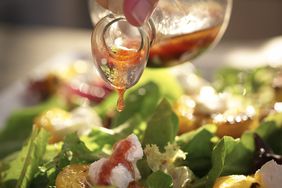