Fans have taken to the company’s website to bemoan the loss and call for the favorite product's return.

The undisputed hero of potlucks, tailgates, and Christmas mornings has been laid to rest after Sister Schubert's quietly discontinued one of their signature products, the Sausage Wrap Roll, earlier this year.

It's not clear when the Alabama-born company, founded by Patricia "Sister Schubert" Barnes, stopped producing their beloved version of pigs in a blanket, but with families gearing up for the holidays, its absence on grocery store shelves has grown increasingly apparent.

About a month ago, fans of the nostalgic take-and-bake breakfast began taking to the Sister Schubert website to let the company know their thoughts on the change. Their main point of attack? The Sausage Pinwheel, a newer product that many see as an inferior replacement for the original Sausage Wrap Roll.

Now that news of the swap has made headlines, Sister Schubert's released the following statement to Southern Living.

"We have seen and heard the recent, heartfelt response to our decision to discontinue Sister Schubert's Sausage Wrap Rolls," a Sister Schubert's spokesperson said. "It was a difficult choice that we had to make due to ongoing production challenges. We are honored that our customers loved the product as much as they did, and we sincerely apologize that so many of our loyal customers are missing the Sausage Rolls on their tables."

Of the 57 reviews left for the new product, only nine gave a rating of higher than two stars. All 48 negative reviewers had one message in mind: Bring the classic Sausage Wrap Rolls back!

The new product, they argued, simply doesn't cut it. Many reviewers complained that the sausage "paste" in the pinwheels pales in comparison to the juicy mini sausages in the original product. One particularly impassioned reviewer wrote that she was "literally crying" that her favorite breakfast treat had been replaced by a "meat cinnamon roll".

Some told stories about what the classic product has meant to their family over the years, begging for its return and warning that the company would be losing many a loyal buyer thanks to the swap.

"Our family has had sausage wrap rolls every Saturday for years. We kept an open mind for the pinwheels. The results were unanimous: 2 thumbs down!! We won't be buying them again. Weird taste," one reviewer wrote.

Sister Schubert responded to several miffed reviewers with the following message, confirming that the Sausage Wrap Rolls are no longer available and citing "challenging times" as a cause for its absence.

"We understand how disappointing it is when a product you love is no longer available; we love our products as you do. However, in these challenging times we've had to make hard decisions and unfortunately the sausage wraps will no longer be available. We're sorry our new Sausage Pinwheels are not as appealing to you. We appreciate your interest and hope you will love our other products."

Some Sister Schubert's loyalists, though, weren't satisfied with leaving a comment and moving on. Mason McCulley, an Alabama native and actor who's best known for playing Ken on the HBO hit series Insecure, is using his influence to spread awareness and create a movement around the cause.

In a post that's quickly gaining attention on Instagram and Facebook, McCulley writes, "It has recently come to my attention that Sister Schubert's Homemade Rolls has discontinued their beloved Sausage Wrap Rolls. I refuse to accept this defeat without a loud and valiant effort."

He continues, "You see, these rolls are more than just seasoned pork delicately wrapped in a yeasty dough, they are a time-honored tradition in the South. Every Christmas my mother had a pan OR TWO of these delicacies awaiting us in our pajamas before the carnage of Christmas ensued. These rolls were fuel, fortitude and sustenance..."

In the meantime, you can find us scouring the corners of the Internet to score one final pan so we can properly ring in the holidays! 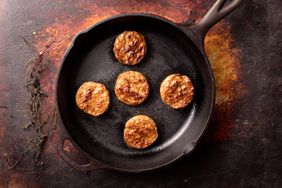 WATCH: We Tried the Most Popular Sausage Brands–and These are Our 2 Favorites 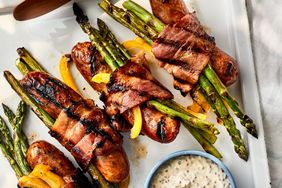 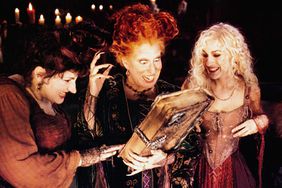 Get Ready Sisters: Filming on 'Hocus Pocus 2' Has Wrapped! 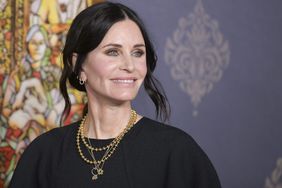