You need more than a good recipe to make a tender pot roast.

A savory and tender pot roast ranks high on the ultimate comfort foods list, especially when served with homemade sides such as macaroni and cheese, mashed potatoes, and green beans. And don't forget the homemade biscuits to sop up the gravy! This popular family dish has endured many Sunday dinners and gatherings because of its affordability and convenience, making them many families' go-to meals.

Pot roast is not actually a specific type of meat. It is a braised beef dish that browns the meat in a low and slow cooking method, usually with a less expensive cut of beef. Here is how to choose the best cut of meat for your next family dinner.

A Hard Working Cut of Beef

A pot roast is a serious multi-tasker—it is budget friendly compared to other cuts of beef, is big enough to feed the family, and perfumes the entire house with a delicious aroma as it cooks. Scanning a recipe, you may think a pot roast is nearly impossible to mess up, but there is one factor that can make or break Sunday dinner: you need the proper cut of beef.

While outdoor grilling calls for the choicest (and most expensive) cuts of beef, you can make a fabulous pot roast out of the cheapest, toughest cut of meat. Nice chuck roast is the classic choice for pot roasts, but there are other cuts you can use to achieve an exceptional roast.

The Rule of Beef

Beef becomes tougher and more flavorful when using more muscle. The muscles clustered around the steer's shoulder, chest, belly, and hip include familiar cuts such as the chuck, brisket, and round.

Surprisingly, the tough connective tissues in these cuts make them choice options for a pot roast. After cooking for a long time at a low temperature, the connective tissue breaks down into natural gelatin, which moistens the meat like marbled fat does for other cuts.

The brisket is cut from the breast or lower chest and sold as a wide, flat cut. Its fat is primarily on the outside. For maximum tenderness, it is best to slice brisket against the meat's grain. While the long strands of brisket may easily fall apart when hot, leftovers slice neatly for sandwiches when cool.

The rear leg area of the animal is the cut making the round roast. Look for rump roast or bottom round roast. The leanest of the three most common pot roast cuts, it has a fine grain which makes it great for slicing, but it lacks the big, beefy flavor of the other two cuts.

As the name suggests, you only need four ingredients to make this savory dish. Beer tenderizes the beef, while the Italian seasoning perfectly flavors the meat. Plus, this meal can freeze in Ziplock bags for up to one month, so make it ahead of time and serve it on busy weekday nights.

Transform classic pot roast into this delicious soup. This one-dish meal is perfect for cold winter nights. Filled with vegetables and pasta, you'll love how it mixes with the zesty pot roast flavoring.

Pepperoncini peppers, zesty Italian salad dressing, and seasoning give this dish plenty of spice. Serve with root vegetables, or use the leftovers to make sandwiches.

Elevate your standard pot roast by simmering it in a dark stout beer after rubbing the beef with coffee. The smells from this unique combination will flow throughout your home, making dinner even more enticing. 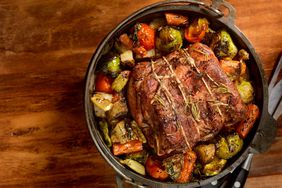 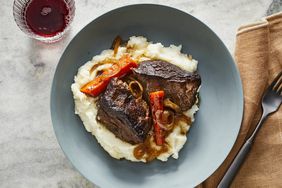 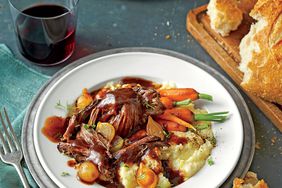 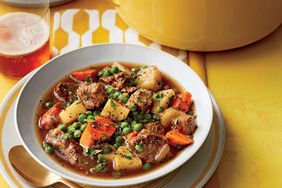 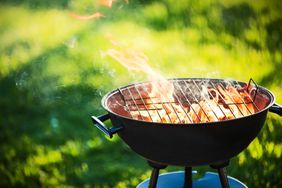 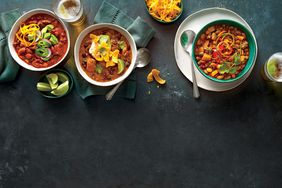 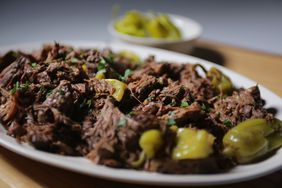 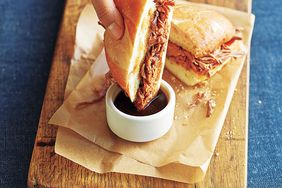