In a world where everyone carries a professional camera in their pocket, and where flawless media related to food inundates our TVs, Facebook pages, and Instagram feeds, things like old cookbooks seem irrelevant and outdated—but nothing could be farther from the truth.Cooking is something passed down from one generation to the next, be it a young boy learning from his grandmother or a new cook learning underneath a seasoned chef. In the same way, certain cookbooks have stood the test of time and continue to teach us as reliable companions in the kitchen. Here are 7 cookbooks that were published at least 25 years ago that are worth hunting down in a used book store.

This is the first African-American cookbook published in America, and because it was published well over 100 years ago, it's public domain—meaning you can find a digital version for free online. However, because of the treasure that it is, finding an old printed copy makes for a beautiful addition to a cookbook collection and a wonderful resources that you can cook from without your computer or smartphone. You can find recently printed copies at Amazon.

This collection is the epitome of old Southern recipes, making it a fantastic tool for any home cook venturing into the world of old Southern breads, pickles, and preserves. There are recipes for various entrees as well, but we recommend taking special note of the pickling section. Fisher's recipe for Chow Chow is old school but remarkable, simply flavoring the relish with turmeric, onion, black pepper, and cayenne. Cut her recipe in half unless you want a gallon of chow chow, and be thankful you're not cooking over "a slow fire" that requires tending to. You can simply leave the chow chow to gently simmer on your stove throughout the day.

by The Junior League of Charleston (1950)

What would the South be without its Junior Leagues—apart from a severe lack of community service, I know for a fact that there would be a dearth of easy access to Southern family recipes (church/community cookbooks excluded). Of all the cookbooks from all the Junior Leagues, there are a few that rise above the rest, and the Charleston Receipts from The Junior League of Charleston, Inc. is at the top of that list. Now for 68 years, the recipes compiled in 1950 by committed Junior League members of Charleston's chapter have been made and beloved around the world.

The flavors of the Lowcountry are briny in the best way—oysters, Savannah red rice, shrimp pilau, etc. But for some of us, it's the simple (fried) things decorating a coastal South Carolina spread that have us going for seconds. The Charleston Reciepts is packed with endless treasures, but let us draw your attention to Mrs. Mary Taft Walker's Hush Puppies (recipe found on page 203). The recipe is as simple as recipes get, exactly as a hush puppy should be.

You'll notice this cookbook on the shelf before you get to it because the book clocks in at a whopping 1,500 pages. First translated into English in 2005, this is the Bible of Italian recipes and the collection has been going strong in Italy since 1950 (a popular wedding gift to newly married Italian couples for decades). If you see it at a used book store or thrift store, grab it! You will cook from it for the rest of your life, and if we're honest, it's kind of impressive to pull out in front of guests.

The book is divided into the traditional Italian courses, from "Antipasti" to "Dolci," and selecting one recipe from the entire book to highlight feels like an injustice to the rest. But, I will suggest taking a look at the "Cream and Arugula Risotto" in the "Risotti" subsection of "Primi Piatti/First Courses." It's prepared with just 8 ingredients, and it's a perfectly rich and simple dish to show you what Italian cooking is all about.

This book functions as a catch-all for nearly 1,500 recipes that have come through the New York Times. Claiborne compiled them originally in 1961, but since then, the book has been revised and edited with hundreds of recipe additions and omissions. This cookbook is the kind that should act as a mainstay in your kitchen, with recipes for every occasion imaginable. It's also a cookbook that can be used by new home cooks and professional chefs alike (the book has the distinction of making it onto the Barefoot Contessa's short list of favorite cookbooks).

For parties or dinners with friends, I swear by the "Feta Spread" recipe for an appetizer. It takes any plate of sliced and salted veggies into a realm of euphoria—that's no exaggeration—and it gives you time to finish preparing the meal while people mingle and snack. The spread is unbelievably simple—the feta melding with garlic, roasted bell pepper, and a Thai chile for a sweet, salty, spicy spread that bespeaks harmonious flavor and simplicity.

In 1977, a small takeout shop and catering business opened on the Upper West Side of New York city. Their shop featured gourmet dishes, desserts, sides, and spreads that drew the attention of Saks Fifth Avenue, Crate & Barrel, and Williams Sonoma within two years of their opening. This popularity eventually led to a cookbook that won a Hall of Fame Cookbook award from the James Beard Foundation.

In addition to the easy-to-read recipes at the center of each page, the margins are filled with Italian proverbs, tips on how to work with phyllo dough, and advice on presenting vegetable dips. This cookbook is your go-to for entertaining, and it includes sections on everything from "Fancy Finger Foods" to "Chicken Every Way." We recommend looking at the recipe for their "Miniature Quiches" with 6 different and delicious quiche filling ideas.

The Splendid Table: Recipes from Emilia Romagna, the Heartland of Northern Italian Food

Ever heard of Parmigiano-Reggiano? How about Balsamic Vinegar of Modena? Maybe you've seen "Parma ham" on a menu, or perhaps you recognize the sauce bearing the name of the city of Bologna (Bolognese). These sacred food words have two things in common: they're respected by chefs around the globe, and they all call the same region of Italy home—Emilia Romagna.

Of the twenty regions of Italy, Emilia Romagna has a longstanding history of being the central hub of Northern Italian cuisine. While there are many (noteworthy) cookbooks on Italian cooking, the simplicity of Lynne Rossetto Kasper's The Splendid Table gives the home cook an opportunity to experience and learn an acclaimed regional cuisine of Italy. With everything from detailed instructions on how to build a proper ragu to recipes with wine pairing suggestions and cook's notes to guide you along, it's fitting that this work won the Cookbook of the Year Award from the James Beard Foundation in 1993.

Originally published as a cookbook to accompany a PBS gardening show, think of this book as an encyclopedia for the multitude of ways that you can prepare vegetables—and if we're honest, we could all use a little help in upping our vegetable game. With nearly 350 pages devoted to produce, you'll find hundreds of recipes, tips for storing, and even sections on how to use the leftovers. If you want to incorporate more vegetables into your cooking, this cookbook will be your saving grace.

While many nutritious meals have been made from this cookbook over the past 35 years, we recommend trying some of the desserts buried within this tome of garden-to-table know-how. Give Morash's "Sweet Potato-Chocolate Cake" a try—the sweet potato lends a syrupy flavor and irresistible moisture to the cake, and we can promise you won't be disappointed. 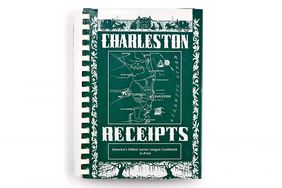 10 Cookbooks Every Southerner Should Own 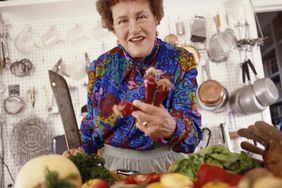 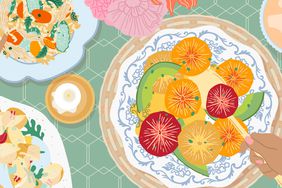 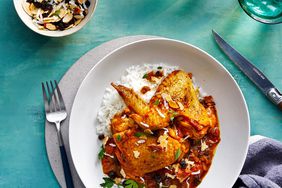 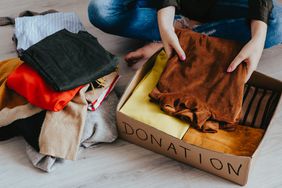 Tips for Donating to Thrift Stores After Your Spring Clean Out