Is it even possible to substitute crème fraîche? We've got a great suggestion that will crack the code.

Lisa Cericola
Lisa is the Deputy Editor at Southern Living and joined the team in 2015. She works with the Southern Living Test Kitchen to create recipes for the site and print magazine, edits the magazine's food section, and writes digital food stories as well. Previously, she was the features editor at Food Network Magazine and has more than 15 years of experience writing, editing, and managing photo shoots for print and digital lifestyle brands.
Southern Living's editorial guidelines
In This Article
View All
In This Article

I can't remember the first recipe I made with crème fraiche. But I definitely remember licking crème fraiche off of the spoon, not wanting to waste a bit of it.

What Is Crème Fraîche?

If you've never tried it before, crème fraîche is a type of soured cream popular in France. It's an extremely rich and creamy dairy product, with a silky custard-like texture and a delicate tang. It's wonderful stirred into sauces or hot cooked pasta, or even dolloped on desserts in place of whipped cream. It's dreamy paired with fresh fruit or anything with chocolate in it. Like I said, you'll want to eat it by the spoonful.

Where To Find Crème Fraîche

While you can find crème fraiche in the United States, it can be hard to get in some grocery stores. (Look for small tubs of it in the dairy aisle, near the cream cheese.) Sour cream (which has less fat) is the best and easiest substitute, but it's not as rich or tangy as crème fraiche. Full fat plain Greek yogurt is another substitute, but it doesn't have the same smooth texture or mild flavor. Once you've had the real thing, it's hard to go back, even though it can be pricey and hard to find.

The Results of Fermentation

Crème fraîche is basically fermented cream. Historically, crème fraîche was cow's cream left out of refrigeration to sour. Naturally-occurring bacteria would make it thick and tangy ― like a lighter, more sophisticated sour cream. Today though, the cream is pasteurized. A bacterial starter, such as buttermilk or yogurt will be introduced to the pasteurized cream, and after sitting in a warm environment for typically 12-24 hours, crème fraîche will be produced.

The flavor of the crème fraîche will vary based on the type of bacteria used to culture the cream, length of time the cream was cultured and the amount of butterfat in the cream. Thick cream soups, or any sauces typically thickened with cultured cream will be enhanced with crème fraîche. Crème Fraîche is also delicious when whipped with powdered sugar and vanilla, and spooned over fresh fruit, and on other sweets such as parfaits, pies, cobblers, custard and even breakfast foods such as pancakes and waffles.

I often make crème fraiche at home. All you need is buttermilk and heavy cream.

1. Combine 1 cup cream and 1 tablespoon buttermilk in a clean glass jar with a tight fitting lid, like a Mason jar.

2. Partially cover the jar with a clean kitchen towel and let it stand at room temperature up to 24 hours. (Yes, this is safe—the acid in the buttermilk prevents harmful bacteria from developing.)

3: When it has thickened, stir the crème fraîche and store in the refrigerator up to two weeks.

TIP: The longer you let it sit, the thicker it will become.

Herbed Crème Fraîche Recipe
Was this page helpful?
Thanks for your feedback!
Tell us why!
Related Articles 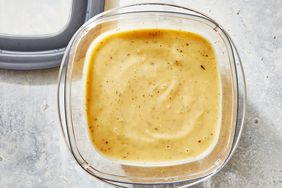 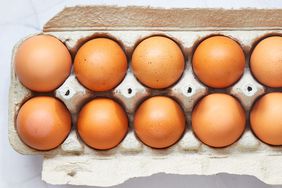 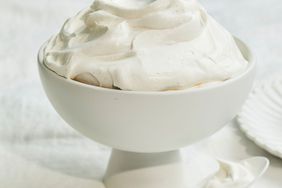 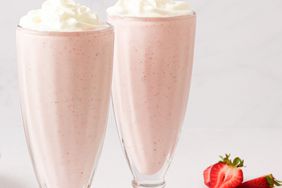