To settle the debate over salty versus sweet grits, we're looking to history—but the answer might not be so clear cut.

If there's one thing we know for sure about Southerners, it's that we have a lot of opinions—especially when it comes to food. You can ask ten Southerners how to make the perfect tomato sandwich and you'll get ten different answers. Whether it comes to salting your watermelon or adding sugar to your cornbread, the Southern culinary field is ripe with debates, and everybody has an opinion.

One of our most common categories of debate involves the presence of salt or sugar—for example, with cornbread. Should cornbread be sweet or savory? Many stand firmly in one camp or another, their opinions often based upon whichever type Mama made growing up.

But there's another corn-based dish that provokes similarly heated conversation: grits. Specifically, should grits be savory or sweet? Some Southerners can't imagine a world in which a big handful of cheese doesn't make it into the pot of grits; others love to stir brown sugar into their bowl of grits for breakfast. Is there really a right way to enjoy grits? We're looking to history for some answers.

It Started With Native Americans

The Southern staple of stone-ground cornmeal cooked with water to a porridge-like consistency has been around since the 16th century, when Native Americans first shared the dish with British settlers, according to NPR. From there, grits—requiring little more than ground corn and water to prepare—gained popularity across the region.

Grits became a staple in the diets of enslaved Africans in South Carolina's Lowcountry, specifically among the Gullah Geechee community. Erin Byers Murray, author of Grits, notes that ground corn would have been a standard part of slaves' weekly rations. To make a substantial meal, they'd often pair grits with shrimp that they caught by hand. From here, the first link between shrimp and grits—a combination the American South has come to know and love—begins to emerge.

"An early Charleston cookbook, Two Hundred Years of Charleston Cooking, which was originally compiled by Blanche S. Rhett in 1930, holds the first book-printed version of 'shrimps and hominy,'" writes Murray for The Local Palate. "The recipe is credited to the author's African-American butler, William Deas, who is said to be 78 years old, and had been eating the dish every morning during shrimp season for as far back as he can remember."

Grits Make It To The National Stage

It's a version of this storied dish that propelled grits to prominence on the national stage. In 1985, Bill Neal, chef at Crook's Corner in Chapel Hill, North Carolina, published his recipe for Shrimp and Grits in the New York Times (adapted by Craig Claiborne). From there, grits soared in popularity, earning a place on menus at fine dining restaurants across the country.

And so we have our answer. Grits in their purest form are prepared using only stone-ground corn and water, perhaps dressed up with a pinch of salt, a swirl of cream, or a pat of butter. So when did sugared grits come into the picture? That history is not quite as clear-cut. But here's one thing we know to be true: Southerners will put sugar on just about anything.

So Where Does Sugar Come In?

History may point to grits as a decidedly savory dish, but at the end of the day, this debate doesn't have a "right" answer. That's because the true story of grits rests in their nostalgia.

"You can talk about artisanal producers and the evolution of shrimp and grits in fine dining, but when you get down to it, it's about the memory of someone—maybe your mom or your grandma or your uncle—standing at a stove and stirring," Murray tells NPR. As with cornbread, the "correct" answer to the sweet-versus-savory debate is often the version you grew up with.

Mary Royall Wilgis, a 24-year-old originally from South Carolina and advocate for savory grits, recently hosted a dinner party for a group of international friends now living in New York City. She cooked a whole buffet of Southern foods, featuring grits as the centerpiece.

"This time, I served them with pepper and shrimp in a wine reduction sauce," Wilgis told me. "But growing up it was always just grits, butter, and a few fresh shrimp we caught from the creek that day." For Southern transplants like Wilgis, grits are a reminder of home—no matter where in the world she is. 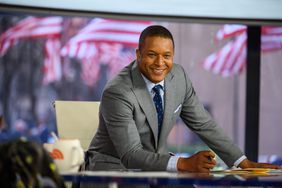 Craig Melvin Shares the One Ingredient You Should Never, Ever Put in Grits 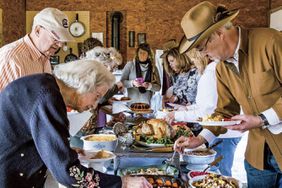