What Is Gas Station Cake? The Delicacy Southerners Know Well

This old-fashioned treat is a tradition all its own.

Cake is not something that people in the South treat lightly, no matter if we're talking layer, Bundt, sheet, 18-layer, upside-down, or dump. It's serious business. Yes, even dump cake. However, there is no cake that captures our undivided attention quite like gas station cake. Unbeknownst to some, it's a real thing, and can be a delightful thing at that. (We're not talking about Little Debbie, either.)

Evolving from the tradition of old-fashioned roadside stores in the South, gas station cake looks like something your grandmother could have made, except it's often presented smaller as a slice, square, or even a quarter-cake or half cake. It's something you would have seen in those roadside stores back in the day and can still be found in gas stations throughout the South, particularly small-town gas stations owned by locals and rural gas stations that still double as well-stocked country stores. The kind that might have Coca-Cola in a glass bottle, in-house breakfast biscuits, or a basket of peaches from the farmer down the road during summertime. Buc-ee's—the South's most loved and gigantic gas station—practically has its own bakery alongside its brisket, and we've even seen a wrapped Hummingbird slice at a middle-of-nowhere gas station least suspected.

Often, the cakes are made by local bakers or, fittingly, grandmothers who have a reputation for delicious baking skills and have fostered a business from it. Flavors of gas station cake vary, but popular favorites you'll see are caramel cake (as seen below), lemon pound cake, 18-layer cake (if you're lucky), chocolate-mayonnaise cake, and anything else that screams "could be found in your family recipe box." The packaging is usually simple and nothing fancy, which is how you know you've got the real deal, and you'll find them perched on the counter or in a refrigerated case. There's also no rule that whole cakes can't be sold, but something about a slice, quarter-cake, or half-cake just makes it all the more tempting to grab on a whim. It's also just as customary to enjoy your slice on the spot as it is to take the larger cake portions home to enjoy later after a big family dinner.

While gas station cake might not be found at all gas stations in the region, Southerners always know it when they see it. Go ahead, and grab the half-cake. 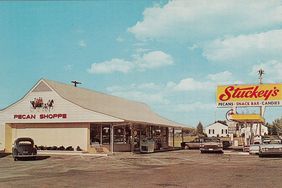 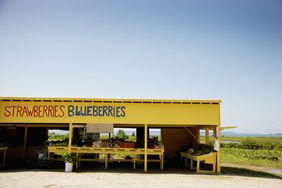 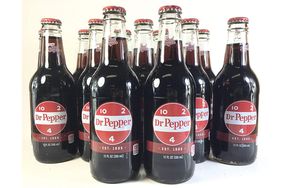 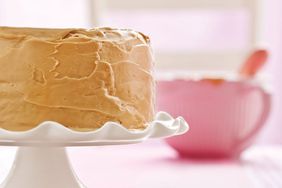