For Southerners, a supper club is more than a shared meal—it's a lifelong tie that binds

A dinner party brings a group of people together over a meal, but it is just a one-off event. A potluck asks attendees to contribute food or drink, but the menu is lucky or not, as is the guest list. A cooking co-op shares the meal-prep duties, but participants do not always eat together. A supper club is a little bit of each of these, but it goes further, deeper, and longer.

Supper clubs gather regularly and remain intact for years, sometimes even decades. Members take their participation very seriously, sticking together despite life's inevitable interruptions and other challenges. The mix of participants—including their personalities and proclivities—is not indiscriminate. Everyone in the group must get along and have compatible expectations on how the supper club will operate.

There are no fixed rules for supper clubs, but there is surprising consistency on certain points. Members take turns as congenial host and charming guests. The host usually selects and prepares the entrée, the others provide sides and desserts, and those with the least interest or skill in cooking (or the busiest schedules of late) bring the beverages.

The menu is carefully orchestrated and often built around a chosen theme, which can be a type of cuisine, an occasion, or a curiosity to learn something new and different. No supper club meal should be mistaken for a humdrum dinner at home. However, if the host hits a snag at the last minute, everyone will go out or order in rather than cancel.

Food matters to supper clubs, but abiding friendship and consistent fellowship matter most. These close-knit cooks and eaters may get together around a table with one another more often than they do with their extended families. It's as though each member swears an amiable allegiance to just show up, time and again, carrying a bowl or a bottle and a readiness to share.

Here are some stories of supper clubs from around the country.

Wood's group of nine women meets nine times each year. Most of the ladies have known one another since elementary or high school. Spouses are invited only for Christmas. "Once a year is enough," she says. Each host cooks to the best of her ability and serves it in a judgment-free zone of friendship because, as Wood says, "A good supper club should never feel like a burden or an obligation." She describes the group as "bonded like old married people, for better or for worse, there to comfort one another around the table."

One can hear the delight in Proffitt's voice when he describes the group of 20 or so who came together a couple of years ago. They have a blast. They also have themes. Some, such as Halloween, are obvious. Other examples include Classic Southern (fried chicken and fixins), Vintage Vittles (aspics, casseroles, congealed salads), and Breakfast for Supper (to which everyone wore pajamas). The club developed about two years ago as an outgrowth of a group of friends who gathered occasionally for meals and vowed after each one that they should do it more often. The formation of the club ensures they keep their promise.

Barbara and Don's group started with a neighborhood of transplants from all over the country who had moved to Cary and didn't know a soul. The first gathering went so well that they had another and have kept it going since 1999. Barbara says, "We've enjoyed dozens of themes and menus, but getting together consistently is more important than the food—even the wine." They have all become better cooks over the years but avoid getting too highbrow, which explains why they once kicked off a lobster dinner with crustacean races along the countertops.

The Hugheses' supper club formed through their church about 20 years ago. The host selects and prepares the entrée and bread, and the others bring sides and desserts. They use the supper club as a chance to try something different—dishes they would rarely make otherwise—but there's an understanding that no one will show off to the point that others feel intimidated or one-upped. They take notes (and these days, photos on their phones) to minimize repetition, but they rely on the attendees to prepare their own specialties when it comes time to host. "We never tire of Miss Clyde's sourdough rolls," says Alice.

After Tamie Cook graduated from culinary school in 2002, colleagues from her previous career kept asking her to show off her skills. When she suggested they get together and cook for each other instead, a serious supper club was born. They plan the themes and menus down to the smallest details—from ingredients to companion beverages to decor. They are ambitious, going so far as to roast a whole hog that had to be iced down in a bathtub before it went into a pit excavated in the backyard. Cook describes the group as going through life together, through weddings, babies, illnesses, divorces, and career changes. "There is no other group of people in my entire life with whom I have eaten this regularly, including my family, since I left home for college," she says.

Thomas' supper club gathers in Northern California, but they come as Southerners, expats one and all. For two decades, they have relied on this supper club to maintain their Southern roots and to introduce their children to their native region's special manners and ways. "This is our deliberate gathering," says Thomas. "We get together because we really want to be together. Our camaraderie and consistency are stronger than our busyness that would otherwise pull us in different directions." 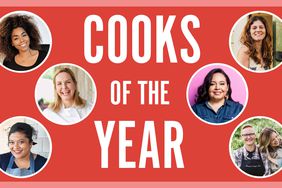 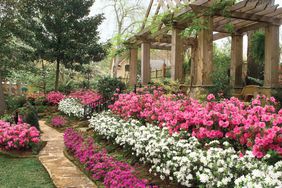