From weddings and baby showers to birthday parties, church picnics, holidays, and funerals, no Southern get-together is complete without a showstopping layer cake.

While the region celebrates this iconic dessert throughout the year, layer cakes didn't originate in the South, or even in the United States. With roots in European traditions, the first layer cakes began showing up in America in the mid 1800s, with some of the earliest layer cake recipes published in "Mrs. Porter's New Southern Cookery Book," published for cooks with iron stoves, according to The New York Times.

Fancier layer cakes filled with rich fruits and delicate curds hit the scene in the late 1800s. Food historians cite the 1900s to 1930s as the glory days of layer cakes, which only got grander in scale and design as they spread through bakeries and home kitchens up and down the East Coast and eventually the South—where they'd would become a fundamental part of any celebration, for reasons you'll probably guess.

"[The layer cake] was adopted for the Southern culture as a form of hospitality," says Lydia Menzies, an Athens, Ga.-based entertaining expert and founder of the Supper Club entertaining community. "[A layer cake] coveys all the things we wish we could do and say for someone, but we just bake a cake instead."

Here are six more reasons layer cakes are an essential party of any Southern gathering.

Layer Cakes Are a Labor of Love

Far before Duncan Hines and Betty Crocker came into the picture, helping us to whip up a delicious confection in about an hour, a homemade layer cake was the definition of a labor of love. From baking each layer in its own pan or slicing cakes into multiple thin layers, then making your own frosting and carefully spreading it between each layer and slathering it over the entire cake, the process could easily take an entire day—a gesture that demonstrated love for another person without saying a word.

"If you were going to bake each layer and make your own icing, [the process] was very labor intensive, so that's why it was made for special occasions," says Menzies.

How to Build a Layer Cake Like a Pro

"[Hosting] is about taking care of people and making it look effortless, but we all know behind the scenes it takes a lot of work," says Richard Reutter, president of Caroline's Cakes, a Spartanburg, S.C.-based company beloved for its seven-layer caramel cakes started by his mother, Caroline Ragsdale Reutter, in the 1980s. When everything comes together, the dinner table is stunningly set and a layer cake appears, it's a magical experience for your guests and a demonstration of how much you care, Reutter adds.

For Southerners, versatility is a virtue. Think of a layer cake like your favorite little black dress—with the right accessories, it's easy to dress it up or down. Menzies recommends tying your cake flavors and décor into the theme of whatever it is you're celebrating.

Fresh flowers are a classic way to decorate any layer cake and can go casual or fancy, she adds. Adorning cakes with fresh berries will never go out of style, while buttercream roses or lots of intricate piping give a nostalgic look. You can style your cake even further by setting it on a beautiful cake stand.

More than a decadent dessert, a layer cake can serve as a centerpiece in its own right, especially within a dessert spread on a sideboard or buffet.

"They're bigger and taller [than other desserts] and easy to display in the middle of everything," says Menzies. There's also an awe factor if you opt to present your layer cake to your guests instead. "There's almost a ceremony to the layer cake when you cut into it [and] it's just stack after stack of hard work," she adds.

Four Mistakes To Avoid When Making a Layer Cake

Every family across the South has their own rendition of a layer cake that makes an appearance at special holidays (red velvet, anyone?). For Menzies' family, that was a peppermint-vanilla cake that her grandmother made every year for Christmas.

"Everybody couldn't wait to get a piece of it," she recalls. (There's a reason we feature a cake on our holiday cover every year!) During the pandemic, those who couldn't be together with family turned to nostalgia and memories in the form of sugary layers: Reutter says Caroline's Cakes' ovens churned out more cakes than ever for orders from loved ones, shipping its layered confections across the country as a form of comfort.

Layer Cakes Are Meant to Be Shared

When you need a dessert to feed and impress a crowd, no offense to the sheet cake, but a layer cake is the perfect go-to. Most serve at least 12 (unless you're cutting off extra-large slices, for which we wouldn't blame you) and have the wow factor that you just can't get from a single-layer cake.

A piece of cake can even be something romantic to share with your partner, as long as one of you prefers cake and one of you loves the icing, that is — so you're not diving in fork-first for the same bites.

As much as layer cakes are an iconic part of events, though, it would be a shame to reserve them only for big gatherings. In fact, we highly recommend baking a layer cake to celebrate personal small victories. 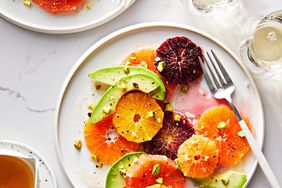 24 Light and Refreshing Recipes for Your Next Ladies' Lunch