Take it from our Test Kitchen, there are more than just a few ways to make a delicious homemade BBQ sauce and depending on your protein, or even your postal code, your BBQ sauce craving might incorporate a variety of flavors. For those of us who love poultry, North Alabama's famous vinegary white BBQ sauce can't be beat when drizzled over freshly smoked chicken. If your favorite smoked meat happens to be tender pulled pork, we suggest eating it like a South Carolinian by putting it on a bun with a generous serving of spicy mustard-based sauce. And if you can't get enough of ribs and brisket, try our thick tomatoey Kansas City style barbecue that's robust enough even for beef. Whatever your preference, you're sure to find a BBQ sauce recipe you'll love right here. Take ribs, wings, and pork to the next level with these easy and delicious homemade barbecue sauce recipes.

This simple sauce has only 6 ingredients and is super easy to make. It's slightly sweet from the brown sugar and honey, almost like honey-mustard, and just a touch spicy from the cayenne and black pepper.

This sauce is made with only four ingredients and truth be told, is mostly vinegar. It requires no cooking and just a little patience while it sits for at least four hours so that the spices can infuse.

Texas barbecue is in a league of its own. The state has its own take on ribs and of course, brisket, but it also has its own formula for barbecue sauce as well. Ketchup-forward and slightly spicy, this Texas-style sauce is full of savory flavor thanks to the Worcestershire sauce and cumin.

If you like your 'cue sweet, then this is the sauce for you. This quick Honey Barbecue Sauce also includes lemon for acidity and freshness.

Use this vinegary, piquant North Alabama specialty as both a basting and finishing sauce on smoked or grilled chicken.

Your favorite sugary soft drink is the secret ingredient to this multi-dimensional BBQ sauce.

This sauce is thick and spicy with dynamic layers of flavor from the chili powder and cayenne pepper. It's also a pretty rusty orange color that glazes anything from brisket to ribs beautifully.

With spice from jalapeño and crushed red pepper, plus sweetness from honey and dark brown sugar, this Sweet-and-Spicy BBQ sauce hits all the right notes. 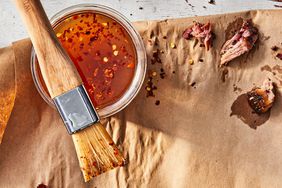 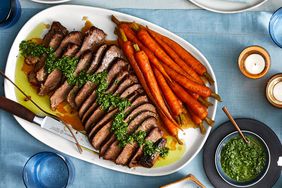 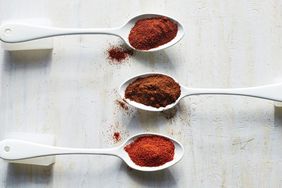 What's The Difference Between Chile And Chili Powder