…although we might sneak one in before that temperature change happens.

Betsy Cribb
Betsy is the features editor at Southern Living. She writes about a veritable potpourri of topics for print and digital, from profiling Southern movers-and-shakers and celebrating family traditions to highlighting newsy restaurant openings and curating the annual holiday gift guide. Prior to joining the Southern Living team in 2017 as the style editor, she worked at Coastal Living as an assistant editor covering pets and homes.
Southern Living's editorial guidelines
Fact checked by
Jillian Dara

My dad is not really a liquor-drinking man. He'll have a beer when he's grilling, a few when he's painting trim, and the sporadic special-occasion cocktail. This might be a vestige of his childhood, which was spent in a home with a teetotaling mother and a father who was raised hell-fire-and-brimstone Southern Baptist, but despite his general indifference to liquor, my dad has always kept a bottle of George Dickel in our pantry. Growing up, any time we'd get a tickle in our throats, he'd offer a sip of the Tennessee whiskey to cure what ailed us. Usually just the thought of tasting the mysterious brown liquid was enough to do the trick. That was when I was a kid, but I've been of legal drinking age now for years and a straight sip of George Dickel still isn't appealing to me. A hot toddy, though, is a different story.

Traditionally made with whiskey or bourbon, lemon, cinnamon, and honey, the warm drink has long been hailed as an antidote to the common cold. While there aren't specific scientific studies to prove the cocktail's effectiveness as a remedy, there's no denying the anecdotal evidence: a hot toddy is just plain comforting.

But if you do need a little science to explain your beverage choice to a teetotaling grandmother, lemons are an active ingredient in several medications for treating sore throats; they're also rich in Vitamin C, regular doses of which may reduce the severity and duration of a cold. Honey, too, is known to be soothing on sore throats and can suppress coughs. As for bourbon, well, that just feels warm sliding down your gullet—a sensation known around these parts as the "Kentucky hug." And who doesn't need a hug when they're feeling down?

Our version of the classic Hot Toddy includes black tea in place of water, so it's essentially a souped-up, boozed-up take on sweet tea, with honey as a healthier alternative to sugar, to boot!

Of course, you don't have to be under the weather to enjoy the classic cocktail. Dare we say a hot toddy is even more enjoyable when you're not sick. Try it as a cold-weather warm-up at an evening tailgate this football season or as a cozy addition to an afternoon spent curled up next to the fireplace. We're constantly checking the forecast in anticipation of hot-toddy-worthy weather, but if it doesn't happen soon, we'll just crank up the A/C, throw on our favorite sweaters, and pretend. It's rude to keep a good drink waiting. 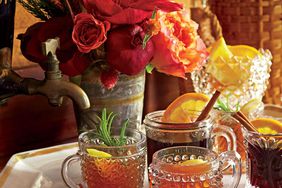 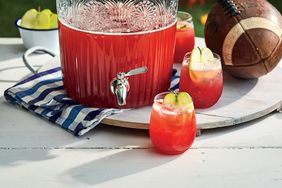 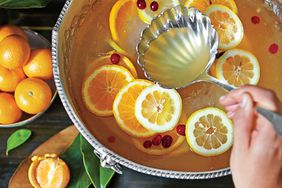 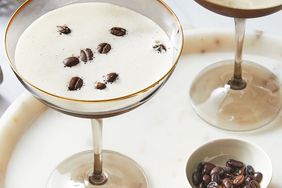 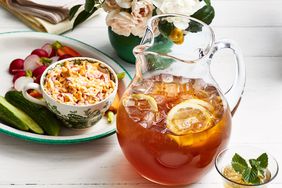 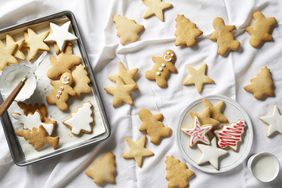 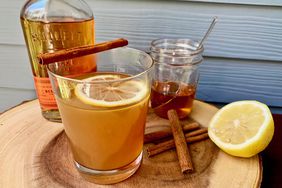