The smell of fried bologna can take you right back to Mama's kitchen table.

A fried bologna (c'mon, we know it's pronounced baloney, no matter how it's spelled) sandwich occupies that delicious middle ground between sentimental Southern comfort food and charming throwback party fare. Either way, it's a tasty meal that is a step up from a ho-hum cold sandwich that is slapped together in the flinty blue light of an open fridge door. Crafting a proper fried bologna sandwich qualifies as home cooking. A skillet is central to the intent and outcome, as is a knowing eye.

The Right Way To Fry Balogna

The premise is simple: A thin round slice (peeled from a package) or thicker slab (carved from a whole log) of bologna is warmed in a hot skillet until sizzling and browned before it goes on the bread, which perks up the salty fattiness that we crave in cured pork products. It's not so much fried as griddled, but the term speaks to our Southern habit of using the word "fried" to describe skillet cooking, no matter the technique or amount of fat in the pan. Knowing cooks know to snip the edges or score the center of the bologna slice with an X to keep it from buckling, warping, or bubbling in the skillet. Looks matter. Plus, it increases the surface area that comes in contact with the skillet, which means it gets a bit browner.

The sandwich condiments can vary, but many of us think the gold standard is white bread (perhaps toasted for structural support), sliced yellow cheese (not too fancy), with mayonnaise and/or mustard. (Plus lettuce, tomato, and pickles, if you're dressing it up.) The warmth of the bologna melts the cheese just enough to help hold things together. Although it's possible to make two sandwiches at once and eat them sequentially, you'll be happier with the outcome if you fry bologna slices to order, as needed. The warmth and immediacy is what elevates a fried bologna sandwich meal above cold lunchbox fare.

A filling and satisfying fried bologna sandwich was a childhood staple for many of us. They were also a popular, budget-minded menu item at lunch counters in our small hometowns. In recent years, haute versions have popped up on cocktail party trays and tasting menus, perhaps a seared cube of locally made bologna (more charcuterie than lunch meat) sitting atop toasted brioche and crowned with a dab of fancy mustard. It is true that the better the bologna, the better.

If it's been a while since you had a well-built fried bologna sandwich, pull out a pan and give it a go. The first bite can light up a memory and the remaining bites can reignite a craving. Fried baloney hits the spot. 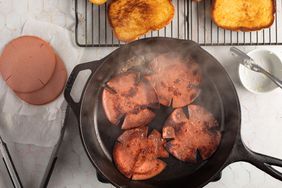 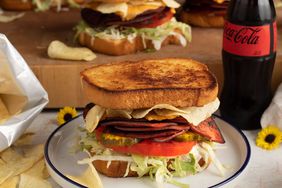 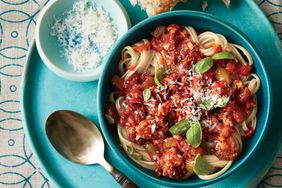 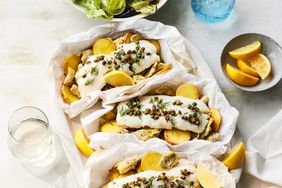