He holds the inaugural record after eating 13 feet of pizza in 10 minutes.

Joey Chestnut has a big appetite. The professional eater is best known for winning the annual Nathan's Famous Hot Dog Eating Contest a record 14 times. If you tuned into the special on ESPN last Independence Day, you may know that Chestnut gobbled 76 franks (bun included!) in just 10 minutes.

But it's not just hot dogs that Chestnut can put down. On November 13, Chestnut will make his way to Baton Rouge to defend his title in the Fat Boy's Pizza Eating Championship. With several locations in Louisiana and Mississippi, Fat Boy's is known for its gigantic 2-foot slices of pizza. In the inaugural 2019 competition, Chestnut managed to scarf 6.5 slices in a matter of only 10 minutes.

This year's competition makes the move from Metairie, Louisiana, to Baton Rouge, where LSU fans will have the chance get in on the fun before heading into Death Valley to see the Tigers take on Arkansas. The competition will take place on Nicholson Drive in the shadow of Tiger Stadium.

The Kentucky-born professional eating star is currently ranked as the world's top eater according to Major League Eating. If he wins Fat Boy's competition, he'll take home $1,500 and add another sanctioned Major League Eating win to his collection.

Anyone else getting hungry for a slice of pepperoni? 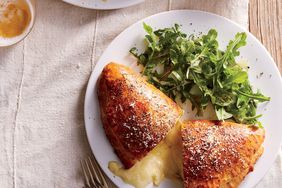 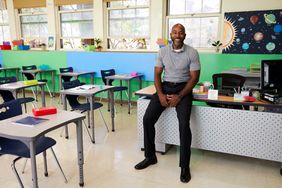