"They didn’t have my pie so I got a ticket instead."

A late-night grocery store run to satisfy a dessert craving ended in a $100,000 windfall for a Tennessee woman over the weekend.

A hankering for pie led Diana Chabrier to the Food Lion on U.S. 1 in Franklinton Saturday night. But when the pie she was looking for was unavailable, she decided to purchase a different kind of sweet treat: a $30 200X The Cash ticket from the Food Lion.

"They didn't have my pie so I got a [lottery] ticket instead," Chabrier said in a new release from The North Carolina Education Lottery. "I can't say the name of the pie, or it will sell out."

The next morning, Chabrier checked the scratch-off ticket with her husband and daughter.

After taking a picture with her phone so she could zoom in, Chabrier realized it was 200X—and that she had won $100,000.

"I'm just so grateful," she said. "This will really take the weight off my husband's shoulders."

Chabrier said she plans to use her winnings to pay bills…and finally get her pie. 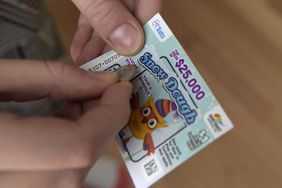 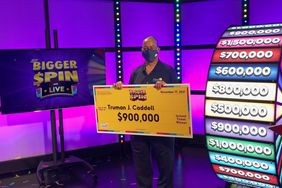