Once a year, every Southern state beckons its people, far and wide, to big open spaces where ring toss, roller coasters, and plenty of scrumptious food awaits. We're talking about the annual State Fair. While modern-day fairs are filled with well-known, deep-fried fare like funnel cakes, apple cider doughnuts, and gooey hand pies—looking at you, Texas—there was a time when many state and county fairs alike throughout the South hosted baking competitions for classic cakes and pies, such as the vintage Lane Cake, that would let folks show off their family's finest recipes.

Even if you skip out on the State Fair, you can easily recreate these decadent dessert recipes at home. Choose from winning cakes, old-fashioned pies, and seasonal deep-fried sweets—these State Fair desserts deserve a spot in your home.

Just another reason to get your warm, spiced apple pie fix: this classic recipe with a golden crust and plenty of take-you-back-to-your-childhood feelings.

If you've never had this classic doughnut flavor, prepare to swoon over every banana pudding-stuffed bite.

Over 100 years ago, this cake won the county fair competition in Columbus, Georgia, which is more than appropriate. It's a fruit-filled, bourbon-spiked, meringue-topped cake. Enough said.

Caramel cake is bound to have won plenty of competitions at county fairs across the South, and you'll love this modern spin that takes classic pound cake and covers it in a rich caramel frosting.

Fluffy and cakey on the inside with a crispy sweet exterior, these homemade doughnuts remind us of a food stand at the fall state fair.

You're never too old to enjoy a warm, gooey hand pie—and this recipe celebrates spring fair season with fresh blueberries.

Ice-cream sundae on a hot Southern day? Now, let's turn it into a cool icebox cake with an exciting banana split finish.

We'd reckon that this decadent chocolate cake has made an appearance or two at the state fair competition. No worrying about icing three layers, either.

The most dependable pound cake to have in your recipe box? None other than this old-school Bundt that requires only seven ingredients.

Going to a state fair in the fall just calls for some sort of goodie that involves caramel and apple together. These hand pies are like a bite of autumn.

We couldn't forget to include cherry pie, could we? Dress up the festive pie to fit whatever season you like by cutting the pie crust into fun shapes and designs.

The Hummingbird Cake was first submitted to Southern Living in 1978 by Mrs. L.H. Wiggins of Greensboro, North Carolina; but we'd guess that it could win a state fair cake competition title any day.

The more, the merrier with these miniature versions of an old-fashioned favorite: chiffon pie. Expect a super fluffy, strawberry-flavored filling that bursts on the taste buds.

This winner of a carrot cake recipe doesn't require stacking, crumb-layering, or trying to get a perfectly smooth top. Carrot chips and crystallized ginger give a retro finishing touch.

While the old-school Coca-Cola slushie—with or without the addition of grenadine—is the ultimate concession stand refresher, these fresh watermelon slushies are calling our name.

Texans can't get enough of this nutty, coconuty chocolate layer cake that's just about the most decadent bite you could wish for.

In Florida, the most festive treat might be the chocolate-covered Key lime pie on a stick! However, we're loving this slightly different rendition: graham cracker-infused cupckaes with a tart Key lime buttercream frosting. 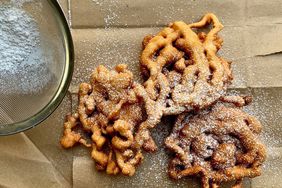 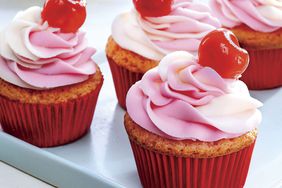 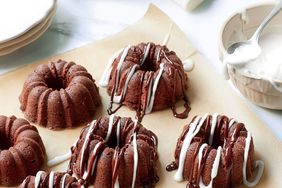