Reese's Doughnuts Return to Krispy Kreme for a Limited-Time Only, and One Will Be Added to the Menu Forever

Which of the three sounds the best to you?

Is it a good time for a doughnut? Does the day of the week end in "y?" Then, yes. And we all know any time is a good time for a Krispy Kreme doughnut, especially if Reeses's are involved. Well, happily for us, we're pleased to report that participating Krispy Kreme shops across the U.S. are bringing back the last three years of Reese's doughnuts to their menus starting on Friday, July 24, for a limited-time only. After the trial run, one will be chosen to return to the company's menu indefinitely, with the selection being announced in August.

Per a company press release, the three revived offerings include:

For more information on these re-releases and to see participating shops near you, visit Krispy Kreme's website here.

To help the North Carolina-based doughnut empire determine which of the three Reese's doughnuts should earn a permanent spot on the brand's menu, fans can post about which Reese's doughnut is their favorite by sharing their "greatest, most creative doughnut reviews on social media." To participate in this "Greataste Reese's Doughnut of All Time" debate, use #TheGreataste and #KrispyKreme and tag @krispykreme in your posts.

If we had a magic 8-ball in our hands we're pretty sure the triangle would say "peanut butter and chocolate are in your very near future." We think she shall heed that call. 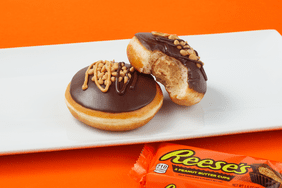 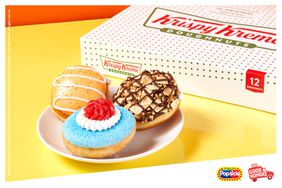 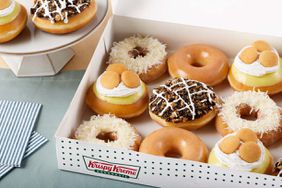 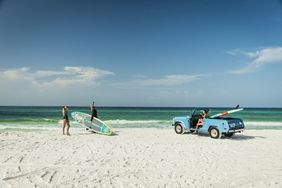 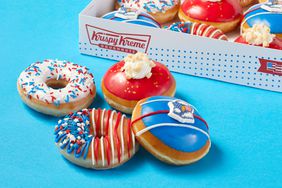 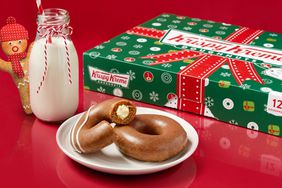 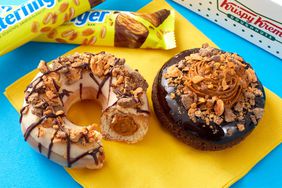 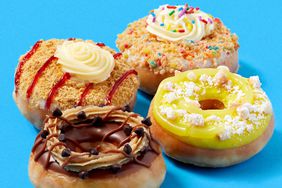 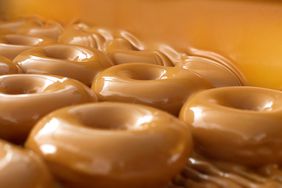