In the February 2018 issue of Southern Living, you may have seen an article entitled "The Mystery of Hummingbird Cake," in which Kathleen Purvis traced a dessert-based puzzle that has perplexed Southern Living for decades. You see, in 1978, a Mrs. L.H. Wiggins of Greensboro, North Carolina, submitted a recipe for hummingbird cake to the magazine. Her recipe was so flavorful and tender that it became not only our most popular dessert recipe, but also the most popular recipe of any kind published in the magazine's now-52-year history. Over the years, we've published over 10 variations of that original cake. It's evident that we owe a great debt to the generosity of Mrs. L.H. Wiggins—but who was she?

This is the question that has confounded us. To revisit this beloved Hummingbird Cake is to reopen a decades-long mystery, because, as Purvis wrote in the February issue, "Only a little is known about Mrs. Wiggins: She was a widow from Virginia who evidently worked as a housemother at the University of North Carolina at Greensboro, and she died in 1995 at the age of 81. But we don't really know much more than that." Over the decades, with just a few kernels of information, we tried to identify Mrs. L.H. Wiggins, but to no avail. Each attempt at locating her unearthed more questions and no answers.

That's right. An intrepid sleuth in the Southern Living offices has solved the case. What follows is the unraveling of the mystery by Southern Living office manager Nellah Bailey McGough, who followed lead after lead, finally locating the identity of Mrs. L.H. Wiggins and revealing the details of her life that have helped us get to know the person behind the famous Hummingbird Cake.

The first clue was rather serendipitous. As McGough explains, "We put out a call for anyone who might have known Mrs. L.H. Wiggins, and we got a bite." It came in the form of an email sent to Southern Living editor-in-chief Sid Evans. It reads: "A friend called me last night and told me I had to contact you. She had received her recent issue of Southern Living and read the article about the Hummingbird Cake […]. She called me because I had mentioned a few years back the story of Mrs. Wiggins and her delicious cake. I understand you are looking for some information on this dear soul."

The writer of the email was Joan Steele, from Virginia Beach, Virginia, who said Mrs. Wiggins had been a nanny to Steele's three young children when they lived in Roanoke. They called Mrs. Wiggins "Wiggy," and Steele remembers Wiggy's "warm nature, sweet smile," and her delicious Hummingbird Cake. Steele recalls that Wiggins always wore "a skirt, blouse, sweater, and low heels—and she giggled when she talked."

In this letter, the first clue to the story of Mrs. Wiggins, Steele shares, "[Wiggins] told me she had sent her recipe to Southern Living, and she was so excited that it had been published by you. This was her claim to fame, and she loved that your staff loved it so much. I'm sure she had no idea that 40 years later it would be your number one recipe!"

Armed with knowledge of Mrs. Wiggins' first name and the fact that she lived in both Greensboro and Roanoke, McGough was inspired by her sister-in-law, Amanda McGough, to employ resources for genealogical research. The two took to Ancestry.com to further unravel the mystery. It was there that they found a photograph of Mrs. Eva Wiggins, and her life began to come into focus.

Chloe Eva Coleman Hodges Wiggins was born on July 11, 1914, in Wayne County, North Carolina. She married Louis Henry Wiggins on August 21, 1955, in Roanoke, Virginia. She loved traveling. Her grandchildren remember her tapping her fingers on the steering wheel to songs on the radio as she drove—she was also an accomplished pianist. She passed away in September 1995 at the age of 81, leaving behind a younger sister, Evelyn; one child, Janet; and two grandchildren, David and Brenda.

As McGough found, every letter, phone call, and clue revealed that Eva Wiggins was loved by all who knew her. Wiggins left behind a legacy of kindness that she shared by caring for others and, of course, cooking for them. The generosity of her life continues to touch thousands of Southern Living readers, and the tradition of her Hummingbird Cake lives on.

Join us in making the classic Hummingbird Cake recipe this month to celebrate closing the case on this decades-long mystery and to remember the legacy of this beloved Southern lady.

Stay tuned, because in the coming weeks, you can learn more about cracking the case of the Hummingbird Cake in a new Southern Living podcast—including exclusive interviews with Mrs. Wiggins' family and Southern Living food editors throughout the decades.

And thank you to Joan Steele, Delores Griffith, and the family of Mrs. L.H. Wiggins, from whom we received numerous photos and stories, and without whom this mystery would not have been solved. 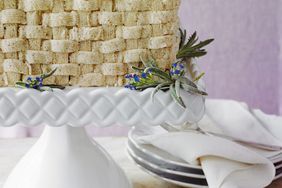 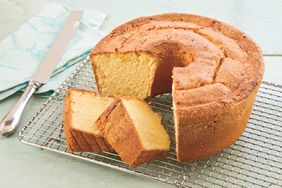 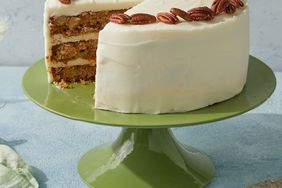