It's no doubt that mayonnaise holds a special place in our big Southern hearts, but we can't understate sour cream's value to our recipes. This fundamental ingredient has so many uses, both sweet and savory. Sour cream adds fluffiness to pound cake, forms the base of party-favorite dips (like Homemade Onion Dip), and brings tang to a wide variety of salad dressings (Herbed Buttermilk Ranch, Green Goddess, you name it).

No baked potato or taco skillet is complete without a dollop of sour cream—and once you taste fresh sour cream, you'll never return to the pre-made stuff.

When you're low on provisions, it's time to improvise. Luckily, there's an easy technique to make homemade sour cream with just three simple ingredients. But you'll need to plan—homemade sour cream requires 24 hours to sit, allowing the lactic acid bacteria to thicken and ferment. The result? A sour cream you'll want to be stocked in your fridge at all times. Taco night will never be the same. Here's how to make this simple sour cream.

How To Make Sour Cream

Sour cream is what it says it is (soured cream). The technique for making sour cream is similar to that of making other thickened dairy products, like buttermilk and yogurt. You can use buttermilk to make your sour cream!

Since homemade sour cream does not use artificial thickeners, it may be slightly thinner than the tubbed sour cream you usually pick up at the store. But don't worry—it still packs the same tangy flavor.

To make sour cream, you'll need three ingredients: Whole milk, cream, and distilled white vinegar or lemon juice. You can also use buttermilk in place of milk and cream.

Whisk together one cup of cream and one teaspoon of distilled white vinegar or lemon juice in a mason jar. Let it sit for 10 minutes, then add ¼ cup of whole milk. Stir well to combine.

Cover the jar with a lid or cheesecloth secured with a rubber band, and let it sit at room temperature for 24-48 hours. Chill before serving and enjoy.

How To Use Homemade Sour Cream

Once you've made your first batch of homemade sour cream, the possibilities are endless. Use it to top baked potatoes (or in a Twice Baked Potato Casserole). You can also drizzle it over Chili Cheese Enchiladas, Chicken Tamale Pie, or Sheet Pan Nachos. Use it to moisten biscuits or Grandma's Pound Cake. Any way you have it, this homemade sour cream is a crowd-pleaser. 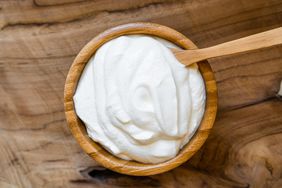 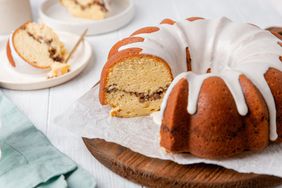 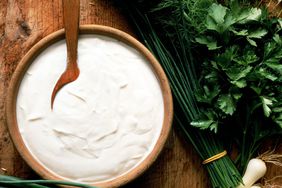 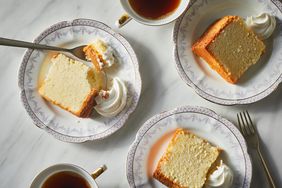 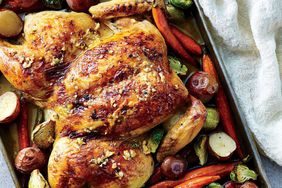 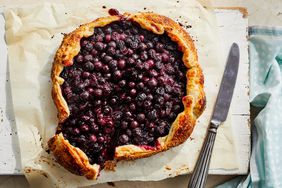