The One Ingredient You Should be Adding to Your Pimiento Cheese

Kick this classic spread up a notch.

It's hard to find a dip more popular than pimiento cheese. Nicknamed "the pâté of the South," this classic spread is a staple at events like tailgates and baby showers as well as a must for having on hand in the refrigerator as an afternoon snack. This effortless appetizer is a Southern hostess' secret weapon: It's quick to prepare and satisfies hungry guests before the main meal. Basic Pimiento Cheese is a perennial crowd-pleaser, but it can also be kicked up a notch with twists on the traditional flavors.

I admit that I was formerly a pimiento cheese purist—basic or bust—but after trying my mom's rendition of the classic, I was hooked. She credits the famed Blue Moon Inn from our hometown of Montgomery, Alabama, for her go-to recipe. Called Blue Moon Inn Cheese Spread, the recipe incorporates three different ingredients that elevate flavor to the next level. The fundamentals remain the same: mayonnaise, Worcestershire sauce, and freshly grated sharp Cheddar cheese. But Blue Moon Inn strays from there, with the additions of finely chopped, toasted pecans; chili sauce; and pimiento-stuffed Spanish olives. The toasted pecans add a little crunch, while the chili sauce brings a dose of smoky taste. But olives? In pimiento cheese? Believe me, I was a skeptic at first, but once I tasted the combination, I knew that olives were the secret ingredient that I never knew pimiento cheese needed; they deliver an unexpected punch of briny flavor that blends well with the sharp Cheddar and Worcestershire.

After doing some digging, I found that this recipe actually ran in the September 2011 issue of Southern Living, which credits "Montgomery, Alabama's gone-but-never-forgotten Blue Moon Inn" for the appetizer. (Though Blue Moon Inn has been closed for many years, you can still find the delicious spread at other Montgomery mainstays like Shashy's Bakery.)

Enjoy Blue Moon Inn Cheese Spread with a crudité platter, or spoon some on to a Saltine cracker. If you're interested in other flavorful twists, try our Horseradish Pimiento Cheese. 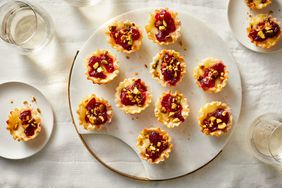 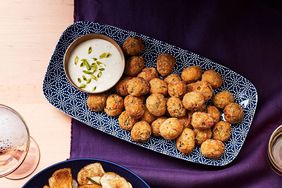 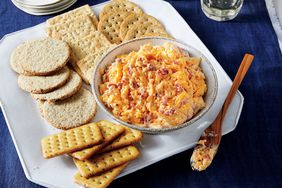 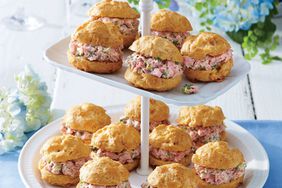 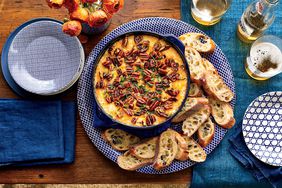 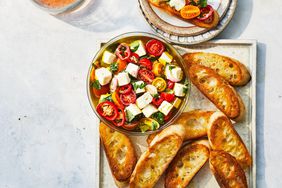 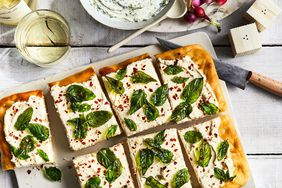 30 Best-Ever Appetizers for a Crowd 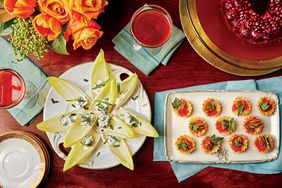