Inez Miller was a woman of few words, but the way she brought people into her kitchen was something worth talking about. This lady with impeccable curls and honey-colored eyes was a maker in every sense of the word. She gardened. She quilted. She collected blue ribbons for her prizewinning pickles.

"The kitchen was her happy place," remembers Ashleigh Shanti, Miller's great-granddaughter. Shanti is former chef de cuisine at Benne on Eagle in Asheville, North Carolina, and now the owner and chef of upcoming Good Hot Fish, a casual fish house in the city. "She naturally drew people to her."

Shanti recalls how her family would choose to sit on the stools in her great-grandmother's South Carolina kitchen instead of on the nearby living room furniture just to be close to the heart of her home. Amid jars of fat that lined the stove, rolling pots of butter beans, and towering walls of pickled peaches, the importance of gathering settled deep into the fabric of Shanti's memory.

After working in professional kitchens for more than a decade, the chef moved to the mountains of western North Carolina to helm the kitchen at Benne on Eagle alongside executive chef/owner John Fleer. The restaurant, located inside Asheville's The Foundry Hotel, opened in December 2018 in a historically Black neighborhood known as "The Block." In its heyday, The Block was a bustling hub of entrepreneurship.

From the start, Shanti envisioned her work at Benne as more than another cooking gig. In 2017, while hiking the Appalachian Trail, she had a revelatory experience when she discovered a small placard in the Shenandoah National Park that spoke of the history of Black Appalachians, which has received little documentation. She was determined to lift them up along with other Black culinarians throughout history.

"One of the reasons for coming here [to Asheville] was to pay homage to the women who have been here," says Shanti. She brought a commitment to honor her own lived experience, the matriarchs of her family, and the women—cooks, bakers, business owners—who shaped The Block. Portraits of locals like Erline McQueen, Mary Frances Hutchinson, Mary Jo Johnson, and Hanan Shabazz hang on the restaurant's walls.

The menu at Benne is a rich tapestry of stories intricately woven together. In dishes such as mountain trout cooked inside a plantain leaf with a fiery shito sauce, Shanti celebrates the West African roots that bind the Geechee culture of coastal Carolina, the place from which Inez Miller hailed. Appalachian influences gleaned from summers hanging creasy beans with her maternal great-grandmother Hattie Mae Womack in Dan River, Virginia, become buttermilk britches or (as Shanti refers to it) "Appalachian green bean casserole." A plate of oxtails is a remembrance of Sunday suppers back home in Virginia Beach, updated with Shanti's distinct touches—locally foraged sumac, a tart, lemony spice made from the red berries of the sumac bush, and her signature showering of black pepper and citrus juice. "When I'm stumped or lacking inspiration, I think about what my grandmothers would make and how they cooked," says Shanti. 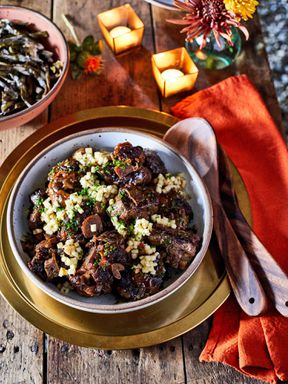 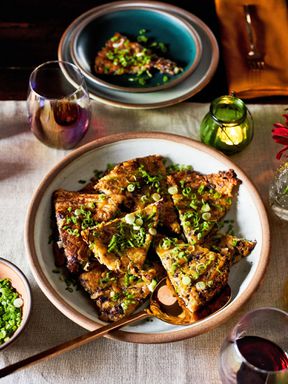 "Ashleigh is a culinary storyteller, devoted to telling an authentic tale of place on a plate," says Ronni Lundy, an author and seminal writer on Appalachian foodways. Lundy acknowledges that Black women cooks are an elemental part of the Appalachian narrative, though they are hardly ever recognized. Even Malinda Russell, who wrote A Domestic Cook Book, the first known cookbook by an African American woman (and the first Appalachian cookbook, according to Lundy), is often painted as an obscure figure, when in reality she was highly skilled, well known, and well traveled. "She [Ashleigh] immerses herself deeply into place and brings together this narrative and so many stories," says Lundy. "It's not just Appalachian food. It's not just soul food. That's what's incredible about her cuisine—it has so many dimensions." 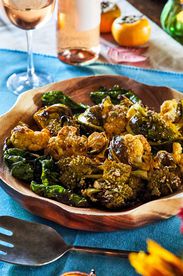 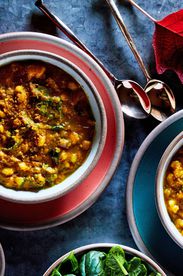 For Shanti, creating a meal that taps into memory and history is just part of the equation. Providing an experience that invites togetherness is just as important. It's a point made all too clear this year. The day I was scheduled to interview Shanti was the day Benne on Eagle decided to close its doors to the public in response to the COVID-19 pandemic. Instead of sitting inside Benne's low-lit, elegantly spare dining room, Shanti and I spoke over the telephone. Across the nation, restaurants responded to the sweeping new developments, many of them shutting their doors indefinitely. Shanti says, "I think that this has shown me how much more my job means to me than just cooking. It has so much more to do with people gathering together and breaking bread." 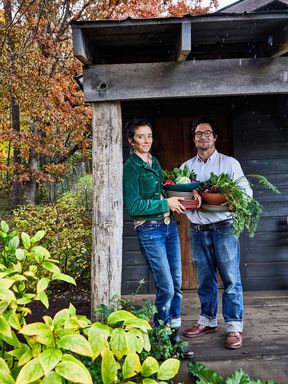 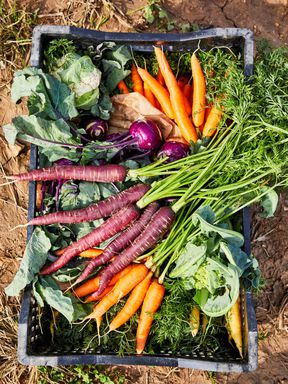 A giant window runs the length of the restaurant's street-side facade on Eagle Street. During normal times, Shanti says, the activity inside the restaurant would draw in passersby all day long. Farmers would arrive with the season's picks, and foragers would drop by with their wild hauls. Congregants from Mt. Zion Baptist Church, Benne's next-door neighbor, would stop in to "see what was going on," and folks who have been fed by the hands of Hanan Shabazz, Benne's culinary advisor and a lifelong resident of The Block, would often peek their heads in, looking for a plate.

Shabazz, whom many call "Grandmother," is a living legacy of the neighborhood itself. Her soulful cornbread and fish burgers (known as Hanan's Fish Cake on Benne's menu) draw folks in for a comforting taste of down-home cooking. Shabazz comes from a long line of women compelled to feed everyone, no matter the circumstance. Her grandmother had 16 children, and Shabazz was one of 10. "We always had a thousand people around the house," Shabazz says. If you were hungry, you got fed—a mantra instilled deep in her bones.

In Shabazz, Shanti has found an elder who conjures the women who line the halls of her memory, but with living wisdom on offer. "You have to cook with love," Shanti says of what she's internalized from Shabazz. "You have to believe in the food that you're making." 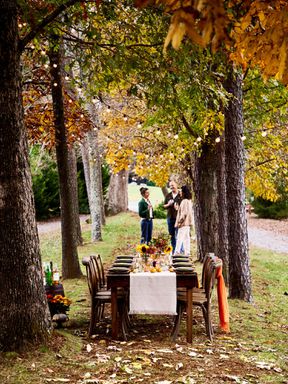 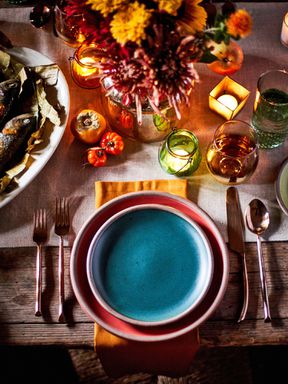 Even with a James Beard Award nomination and heaps of national praise under her belt, Shanti holds fast to the lessons she's learned from the women who came before—a specific way of drawing folks in with a generosity of spirit, inviting them without a word to the heart of your kitchen. That same magnetism attracts passersby on Eagle Street. It's a presence that says, "Come in. Stay awhile. You are welcome." 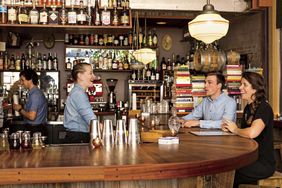