Everything You Need to Know About Cowboy Caviar, the Perfect Potluck Dish

In the Lone Star State, no party is complete without this dish.

Summer barbecues and picnics often tend to be potluck affairs, where guests are expected to bring a side dish, a salad, or an appetizer. If you're looking for a warm-weather potluck option that fits into all three categories, consider "cowboy caviar" (aka "Texas caviar"), a beloved Texas specialty that's as refreshing as it is hearty and bold.

We asked a group of seasoned Texas chefs what they'd like the world to know about cowboy caviar, and they gave us an in-depth look at this tasty Lone Star icon.

What Is "Cowboy Caviar"?

"Cowboy caviar" is a Texas staple. You can find it on many picnic tables right next to the potato salad and guac," says executive chef Clyde Yruegas of The Network Bar in Dallas.

According to legend, cowboy caviar first emerged during a New Year's Eve party at a Houston country club in the 1950s. Neiman Marcus food director Helen Corbitt introduced this dish at the party as a simple pickled black-eyed pea salad, but the combination of the buttery legumes and vinegary dressing became such a hit that guests dubbed it "cowboy caviar" (because of its "humble" ingredients and luxe flavor dynamics) and started spreading the word all over the Lone Star State. Soon enough, Texas chefs and home cooks began to riff on the concept, leading to the Tex-Mex version we have today.

Chef Jason Cunningham of The Carillon in the AT&T Hotel and Conference Center in Austin describes cowboy caviar as "a black-eyed pea salad tossed in some vinaigrette dressing, which gives it a pickled flavor."

Finally, Yruegas gives us a quick elevator pitch for this picnic MVP: "Think of it as a pico de gallo with the heartiness of bean dip and a citrusy zest."

Why Is "Cowboy Caviar" an Iconic Texas Dish?

When asked why cowboy caviar is so closely associated with Texas, chef/owner Albert Gonzalez of Provision in Austin assured us that "it's so Texas that you can't touch on all the reasons."

Chef and CEO Julian Rodarte of Trinity Groves in Dallas compares the status of cowboy caviar in Texas to "chowchow in Louisiana. Cowboy caviar is generally only found in Texas."

For Gonzalez, cowboy caviar feels like a prime example of Texas cuisine's commitment to fusing Southern flavors with Mexican influences: "It's the epitome of what Texas does with food. All the standard Southern staples—in this case, black-eyed peas—juxtaposed with flavors of Mexico, like black beans and pico de gallo. This particular style of cuisine is ubiquitous throughout Texas and has, in my opinion, been part of what sets the food in Texas apart from the rest of the nation," he says.

How Can You Make the Best Cowboy Caviar Ever?

At its essence, cowboy caviar is a very simple dish. For that reason, home cooks have plenty of opportunities to customize this salad and make it their own.

"Start with the basics and then add your own flair," urges Gonzalez. Hit up the farmers' market, and try weaving some in-season produce into the dish, or swap out the black-eyed peas for a style of bean that you prefer.

When making your cowboy caviar, be sure to seek out well-sourced and high-quality produce and beans.

"Cook the beans with flavor and develop the levels from there. Make sure each ingredient can stand on its own. Good, fresh [vegetables] and citrus," recommends Chef Ryan Hildebrand of Hildee's Dine-Inn in Wimberley.

Hildebrand also supports the idea of adapting the classic cowboy caviar into similar but distinct dishes: "[I make a] version that's like a hummus, using the black-eyed peas for the spread and the other fresh ingredients like a relish for the garnish," Hildebrand explains. Feel free to experiment and have fun with it! 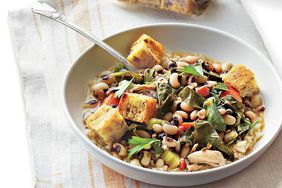 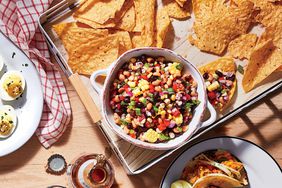 It's the Summer of Cowboy Caviar—So What Exactly Is This Southern Recipe? 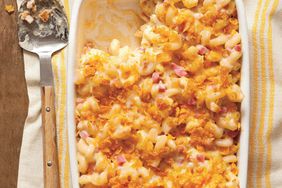 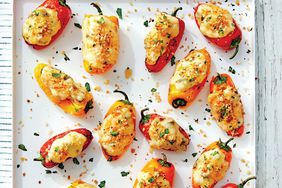